People change with the age, to the better or worse, and cats do too ! 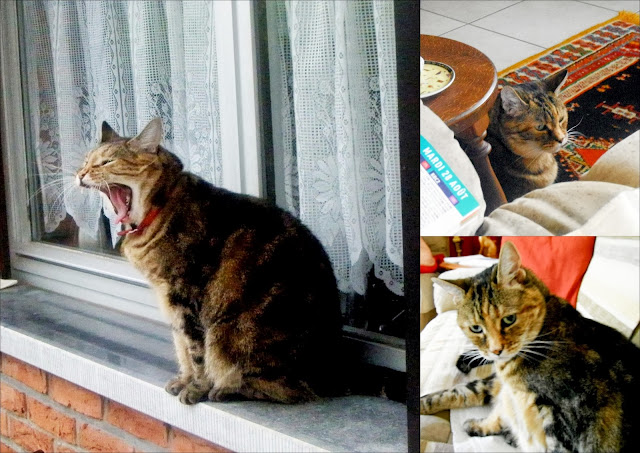 Pookie the sweet quiet cat who never or seldom pronounced a word meow not even when she was hungry, changed now into a real unnerving chatter box ! She will be 15 in November ! As soon as I move  sometimes only to go to my litterbox, she starts her concert. So I try not to do the same fault I did with Lisa feeding her in the middle of the night just to have my peace. Before 7 I don't get up ! (or sometimes I do) Then she will eat and just after eating she starts to meow again especially when Mr. G. is shaving. She talks in all sounds from soft to hard ! And then there is silence for the rest of the day. 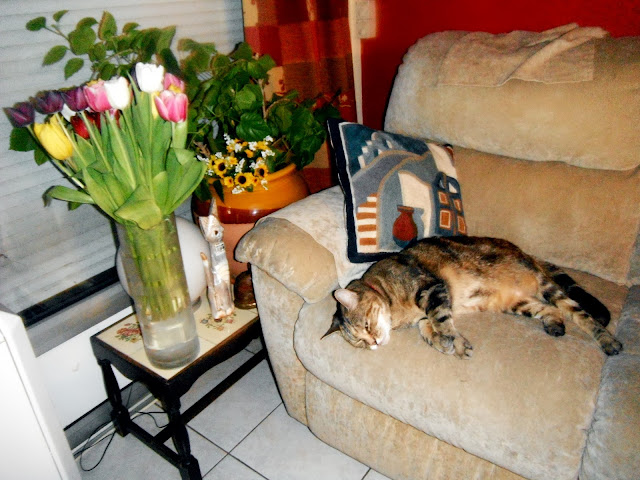 Madame Pookie sleeps and you don't hear her anymore until the next day when she starts again !  I think I have to wear earplugs.

Kim the lonesome cat, loves to join Arthur in the bark, when it's nice and warm outside. 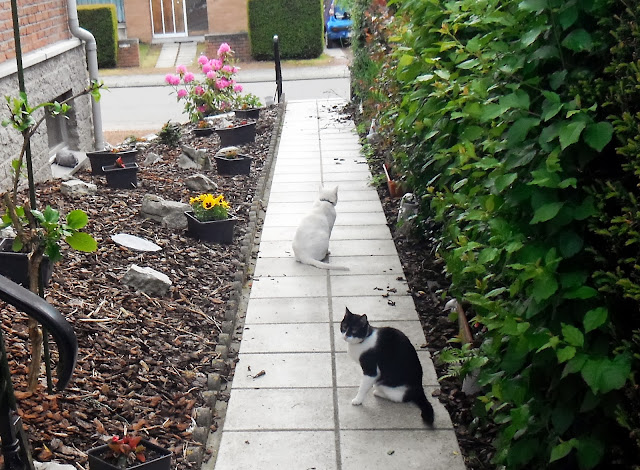 or he does his rounds sometimes together with Rosie. 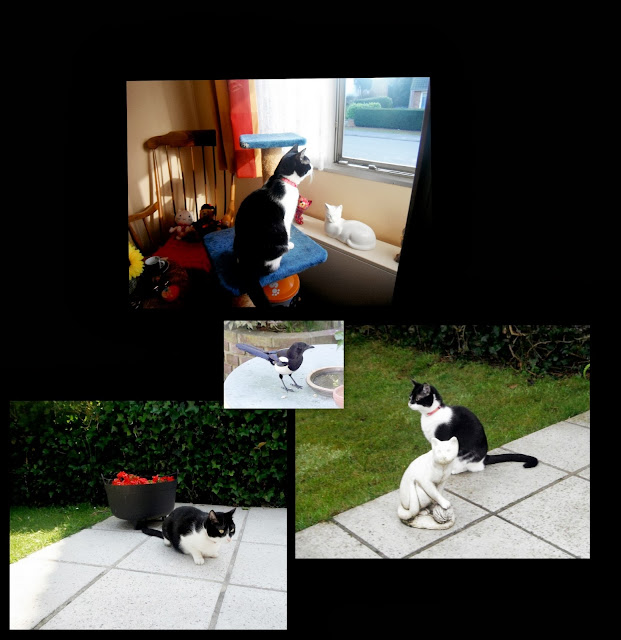 We have a lot of magpies around and this makes Rosie very angry. Not only they look like her disguised as bird but they are very loud too and fight all the time. She observes them and "twitters" but she doesn't dare to go closer or or even catch one, because they are very big and also very aggressive ! I am always worried that one of them would attack little Rosie as it had happened to our neighbor's cat. They are a real plague. Sometimes, when I don't wear my glasses and look out into the garden I think Rosie is sitting there but it is a magpie !

It sounds like Miss Pookie has acquired a few quirks in her dotage!

Pookie sounds as though she is quite a character.
Luv Hannah and Lucy xx xx

Interesting how Pookie's personality has changed in her old age. I like the contrast of Arthur and Kim - white cat and black cat.

We all talk to Dad in our own fashion too. Lots of fun watching him trying to figure out what we may want.
Meow

We understand, Pookie. Our angel cat Graphite got more talkative in his later years, too. We love the picture of Arthur and Kim on the bark. Be careful with those magpies, Rosie!

What a funny girl Pookie is. Our most talkative is actually Boomer. He's very nice to have a conversation with. Much nicer than some men I know. Hahaha!
We didn't know magpies were such a nuisance. We have crows that are loud and plain rude.