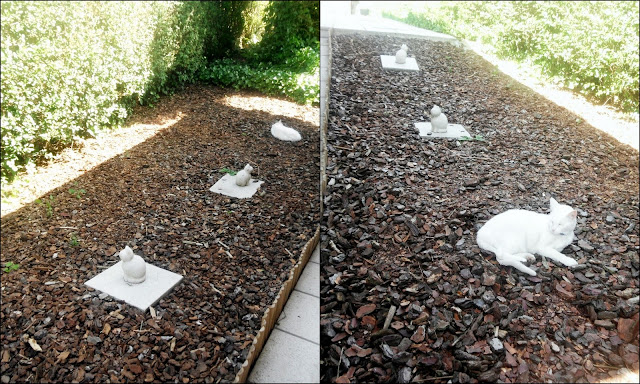 Arthur plays decoration to complete the alley into 3 white cats. I first thought the heat made me see 3 cats instead of two. 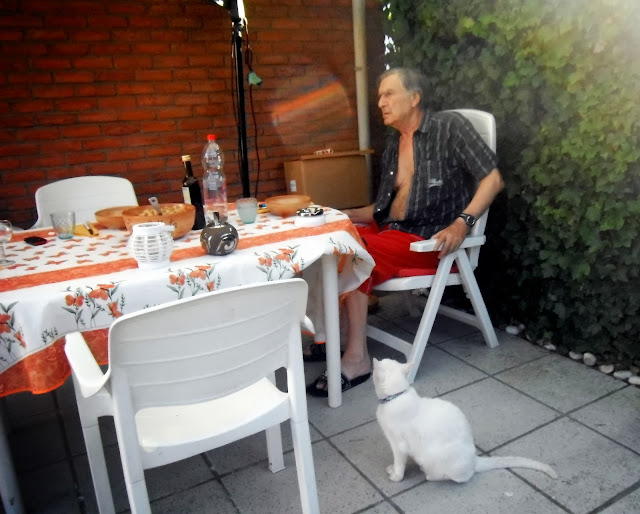 The heat doesn't disturb his appetite and he terrorizes Mr. G on the terrace, meowing operas to get some food from his plate and the whole neighborhood can hear them both. Of course Mr.G doesn't meow, but he shouts to stop it ! So far we didn't have the visit of the police because of noise  nuisance. 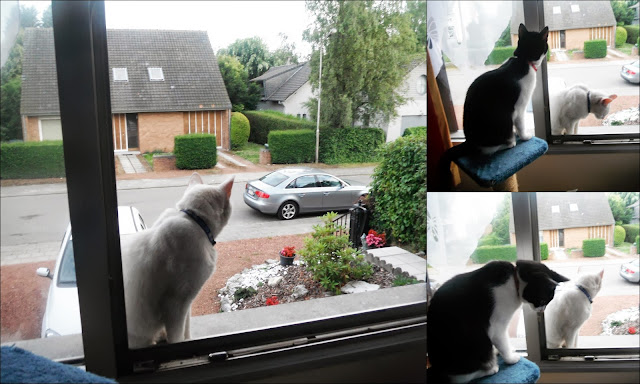 Early morning when I open the windows to let in some cool air, Arthur sand Rosie check the weather and of course what is happening on the street ! 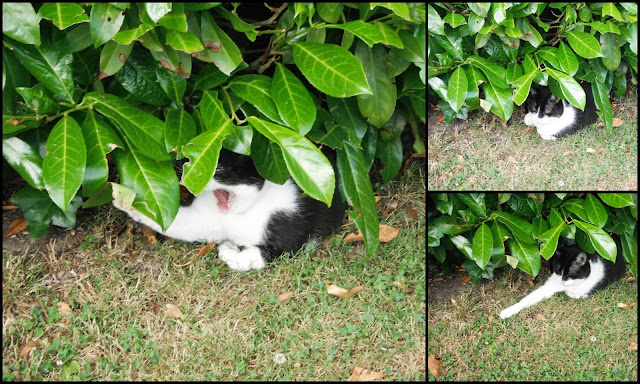 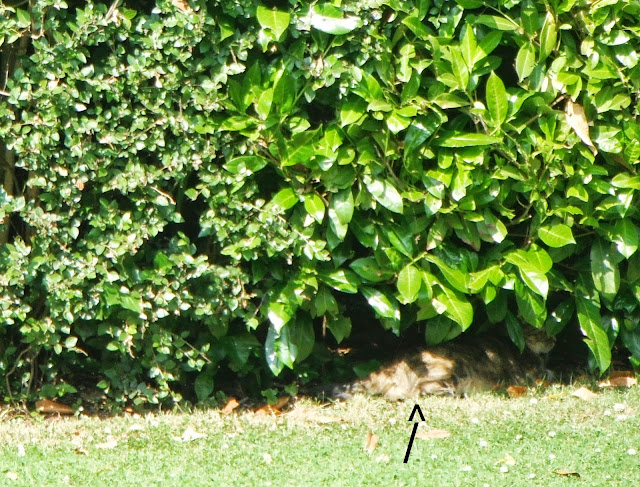 Pookie sometimes does it too, but she has such a good camouflage fur, that I hardly could see her. 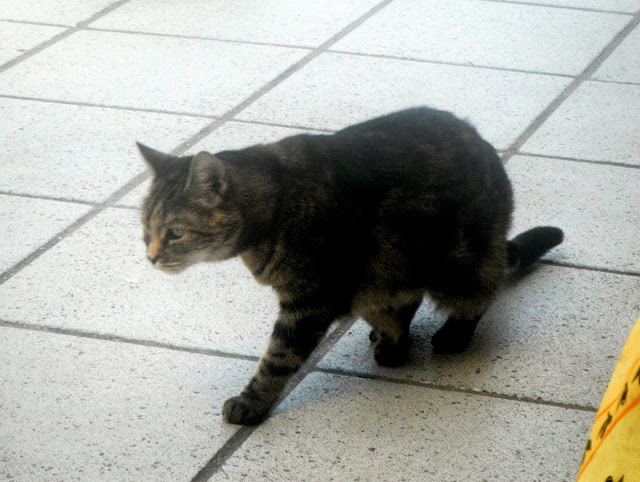 Late afternoons she makes a little tour now, before returning to her favorite napping places. 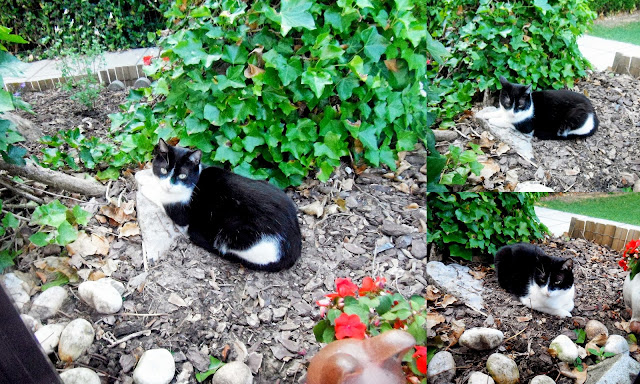 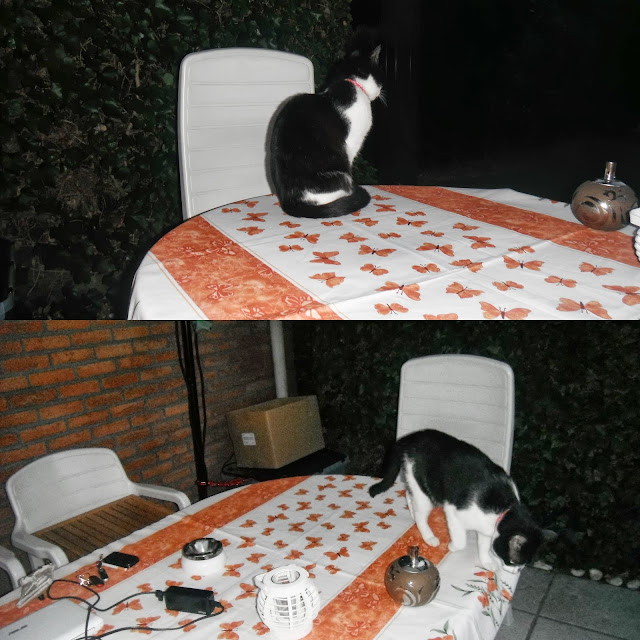 and in the evenings when it had cooled down, she likes to sit on the table and probably waits for mousies coming out of their holes. So far without any success.

Oh my this heat - we had a storm in the night but it doesn't seem to have cleared the air. Glad to see it hasn't put anyone off their food - and I love those little cat statues! Poor Kim must be roasting in all that fur...

Hahaha. Arthur has parked himself perfectly to make a line of 3 white kitties. :)

Arthur how clever of you to get the spacing just right while playing statues.
Luv Hannah and Lucy xx xx

I like how Arthur perfectly poses with the statue cats in the walkway! I actually like heat, as long as there are a few breaks.

I love how Arthur and Rosie add to your decor! Such poseurs!

Arthur is a handsome sculpture! It's very humid here, I would rather it be 110 and dry.

Oh Gattina, that is our regular temperature, ugh!

I LOL about Arthur and MrG's "opera" since it reminds me of my own, haha! Otherwise, all of them furries make great sculpture! ;-)

Wow, it is very hot there, indeed. We hope it cools down a bit for you. In the meantime, we like the pictures of the cats enjoying being outside. Arthur sure makes a nice addition to the cat statues, and that is a nice spot under the bushes that Rosie and Pookie have. It must be extra hot for Kim with her long fur.