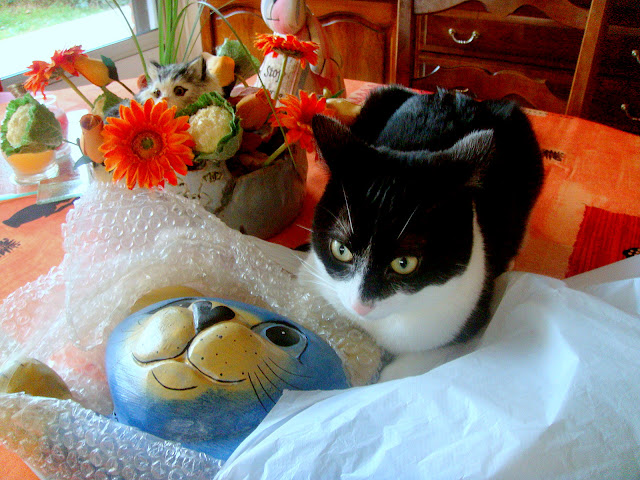 I got a new friend ! 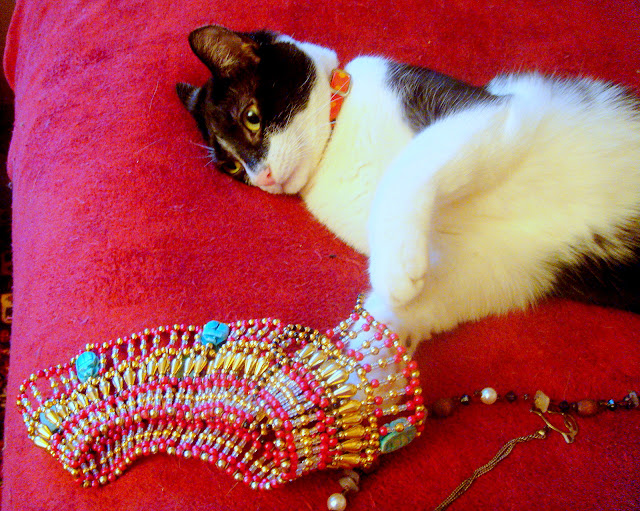 For once I found a nice toy she took it away (of course after the photo !) 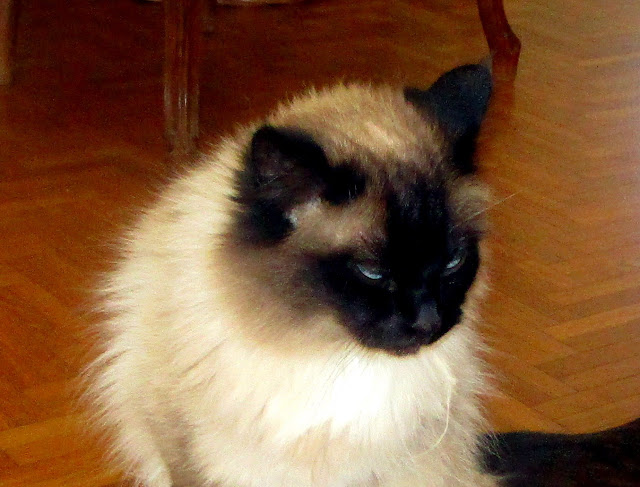 I suffer from the lockdown syndrom ! I am sooo tired ! 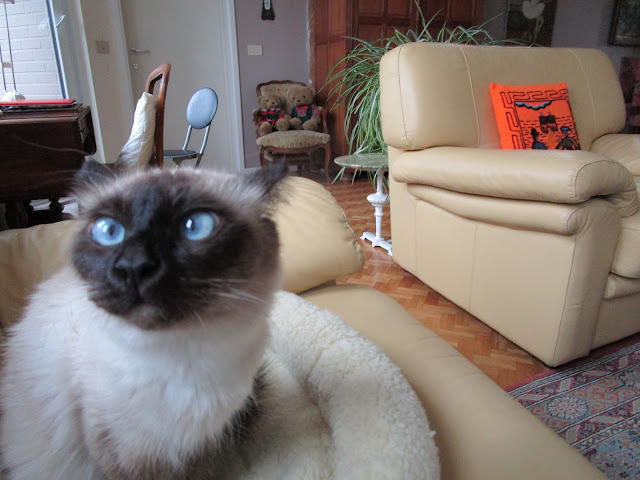 Hey, now I look so surprised it just went off !

The only activities Rosie showed me this week, was that she saw a spider at the ceiling and spent at least half an hour watching it, that's why it looks as the same picture, but it is not, she just didn't move ! 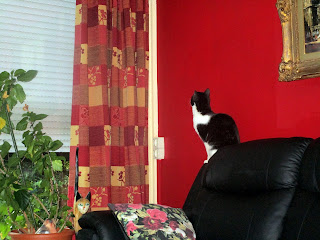 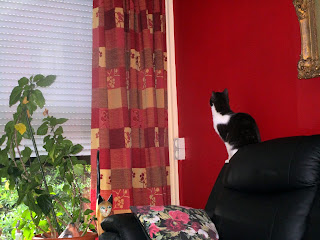 Besides admiring the spider she brought me 3 times this week a living mousie in the house ! The first one died in my bedroom and I just had to bury it in the bin, the two others she brought into the living room and chased the poor things around, until I opened the window door completely took a broom and pushed Rosie and her mouse in the garden, then I closed the window again. I don't know if the mousies survived or not, anyway I couldn't do anything.

It is just as if she feels that we will move away and there will be no real mousies in the apartment ! 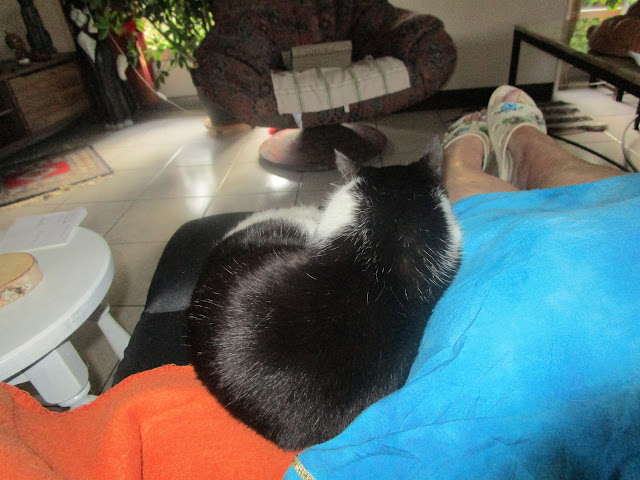 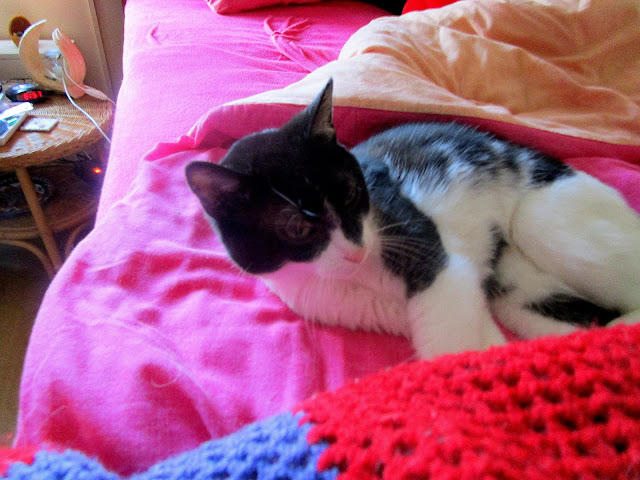 and collapsing on my bed to sleep the whole night either !

As the first day of the week was still like summer, Isis found my sun hat on the floor and 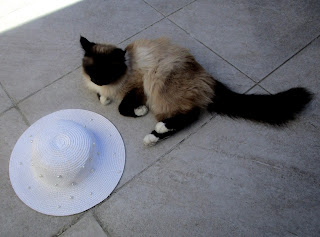 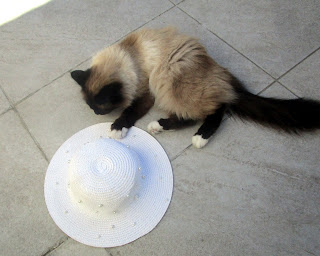 played with it. Not only it is out of straw which made a nice noise scratching it, but also had shiny perls on the top, which were also very interesting. 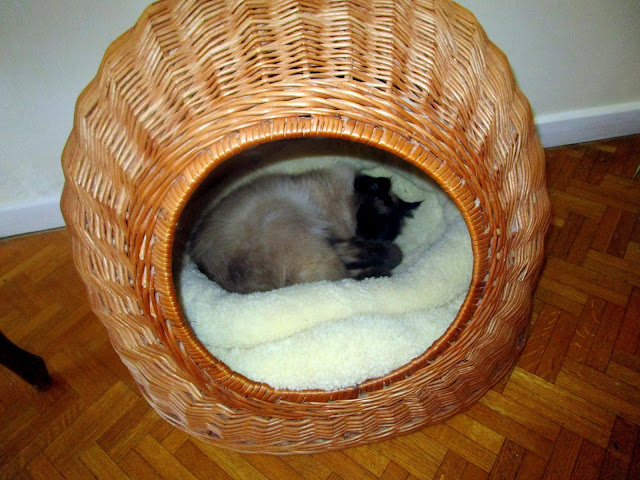 When a day later it got cold and rainy she retired in her basket which had once belonged to a doggie, that's why it is so big, but she likes it. 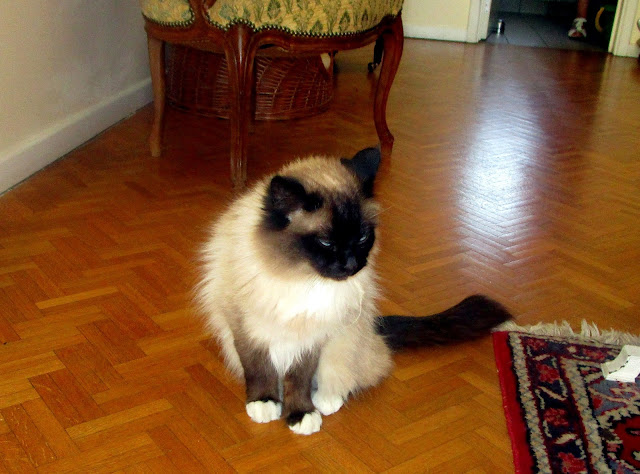 She seems to be quite lazy and just sat around and watched us. 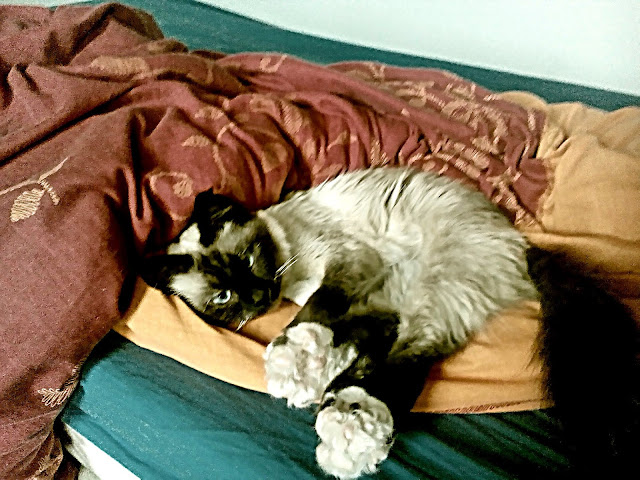 But one amazing thing she showed me ! Her paws when she stretches them out ! They look like fur mittens ! I had never seen that !