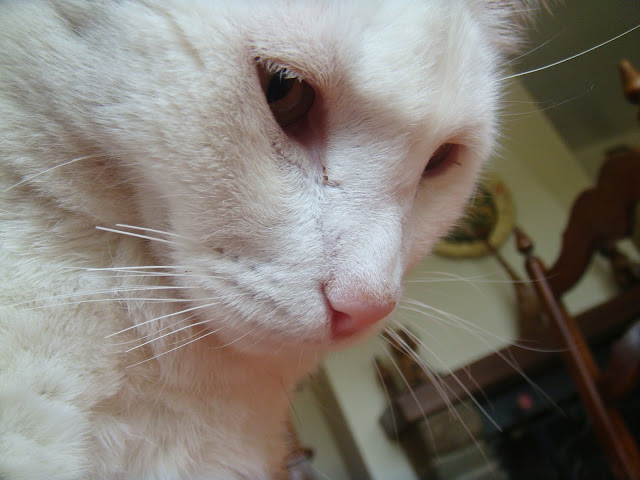 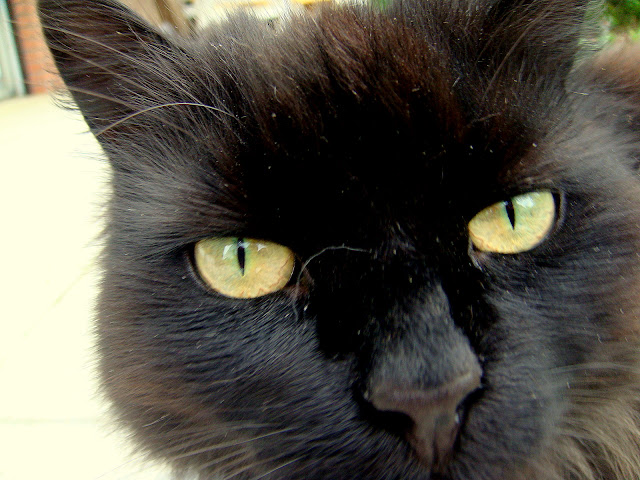 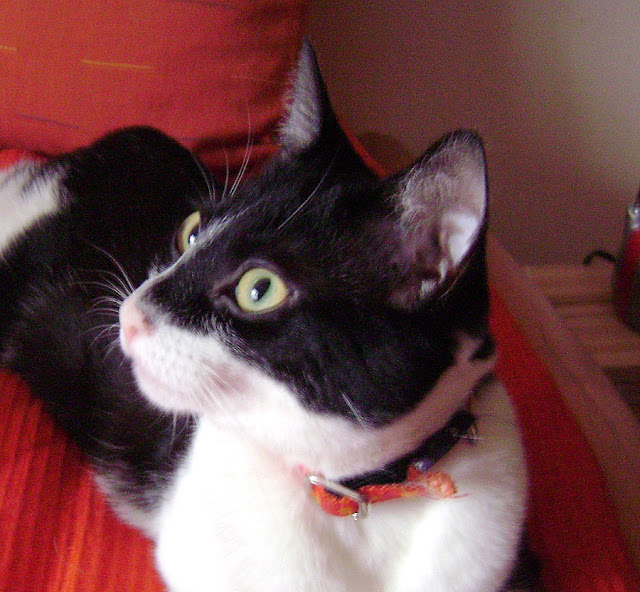 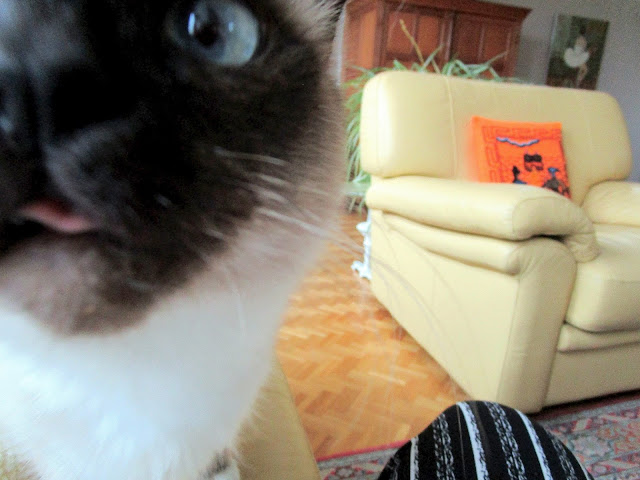 Never made a selfie, the camera smells good (says Iris my friend's cat)

The daily "autumn" season routine has now influenced their life style. Kim seldom sleeps on the grass, it's mostly a bit wet. 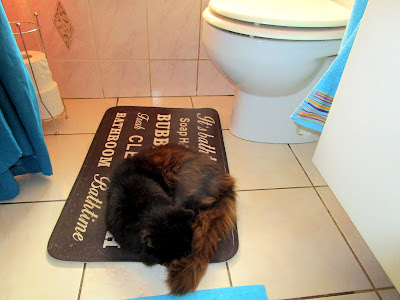 She still sleeps in the bathroom and blocks the access to the toilet ! Thinking it over it's not so bad because Mr. G. HAS to do some gymnastic, he is so lazy in this respect. 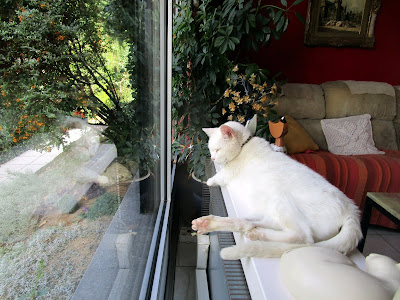 Arthur lays on the heating and watches what birds are sitting in the hedge, if there are some, a part from magpies and crows there is nothing, I think they have eaten all the little birds.

The only adventure Arthur had this week which made me laugh, was when a group of Jehovah witness rang the bell and when I opened the door I saw 5 women standing there with their brochure, looking grey and dull, the only one who didn't fit in this group was Arthur who had chosen to sit amongst them, as if he wanted to convince me too ! The women were a bit surprised that I had to laugh when I saw Arthur there, bringing Jehovah's messages ! I told them in German that I don't speak French, wanted to let Arthur in and close the door, but Arthur escorted them to the street and followed them a bit. He is a very polite cat ! 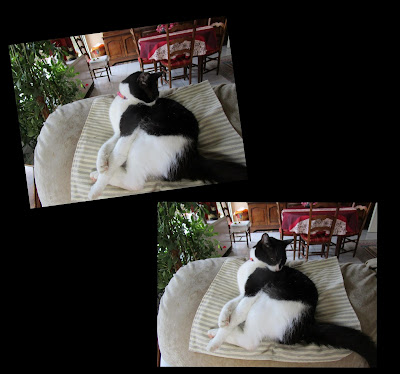 Besides taking care of her beauty, and eating, Rosie leads a lazy life, from time to time I see her climbing over the hedge and inspecting the neighbor's garden.

But her favorite occupation is still sleeping on my bed. 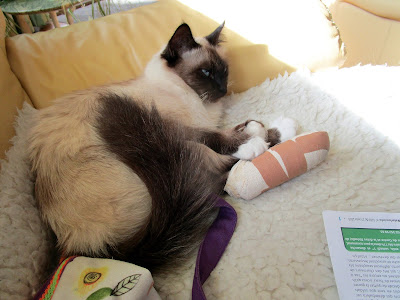 Nicole's little Isis had broken her hind paw, but now it's healed and the bandage is taken off. She is back to her old self and is now 100 %  feeling home ! Meanwhile she has inspected all corners of the house, and poor Nicole is not the master of her home anymore, it's Isis. 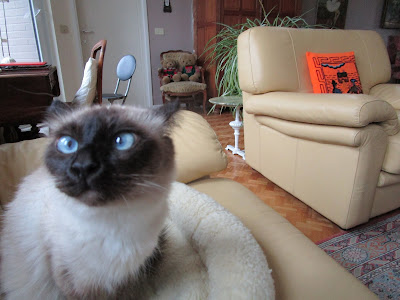 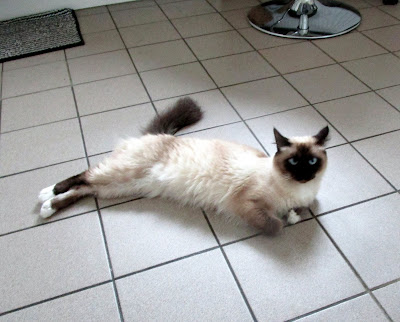 she plays and runs around, and doesn't go out. Which is very good because Nicole needed an inside cat. Nevertheless she sits on the terrace wall and looks down one floor and we always fear she would jump, but she stays there and observes what's flying around. 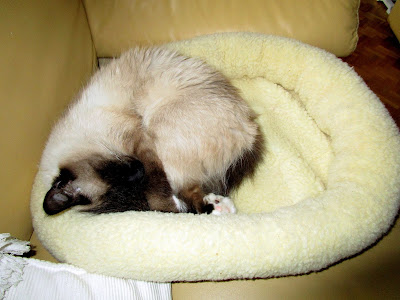 She is such a sweetie !

Things you have to learn about cats ! 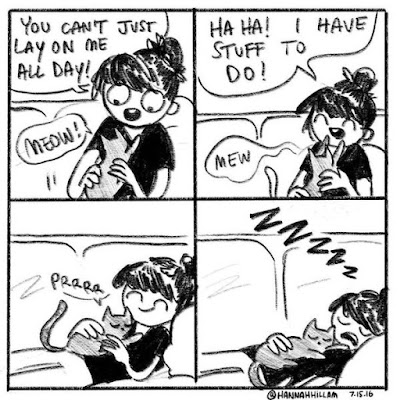 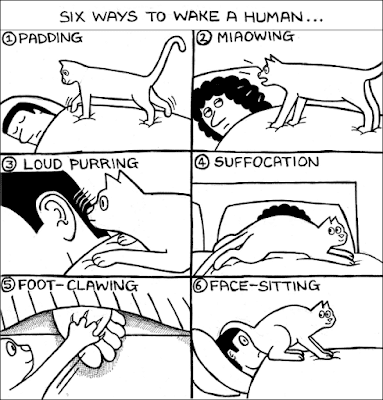 Love all of your selfies!

Lovely selfies and noticed that Arthur has a few 'broken' whiskers! :) Purrs!

Maybe Arthur was trying to convince the Jehovah's Witnesses into cat worship!

You have ALL give us the most excellent of selfies Especially Kim. Isis is so very adorable. Thank goodness she doesn't try to take a leap off the balcony, as that would be heart stopping. Oh my, the Jehovah's really did puck an interesting house to visit. Around here we aim to show them all the moat on the way out, politely of course though I will never escort them as that only encourages them.
Toodle pips
ERin

Great Selfies and then back to napping...hehehe.xx Speedy

Your selfies are great, especially Kim's! :)

Arthur, how polite of you to escort those Jehovah's Witnesses back down to the street. MOL!

So much kitty cuteness!

Years ago there were a couple of Jehovah's Witnesses who showed up at the door. I said that I was a devil worshiper in the midst of a blood sacrifice. They bolted down the stairs and down the sidewalk.

Well done Arthur for making Mum laugh, you made us giggle too!

Marjorie and the Dash Kitten Crew

Great selfies from all. Isis is pretty too. That story about Arthur is too funny :)

We enjoyed hearing all about your news.

I am not a member of Google+ either. They have some rules that are privacy concerns to me.
I am VERY happy to meet you. And you gave me a good smile with that depiction of the JW folks out there and Arthur along them...and his escorting them to the street and beyond as well.

I will be back again. So glad I found you through Sunday Selfie's.

Your cats take such great selfies! So cute! I love the cartoon that you added at the end as well. Thanks for the share, have a fantastic rest of your day. Keep up the posts
World of Animals