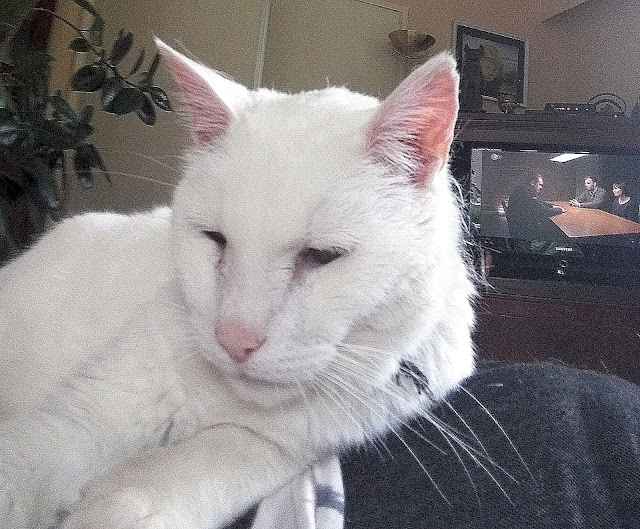 Just woke up, did some stretching and touched the button. Therefore no smile ! 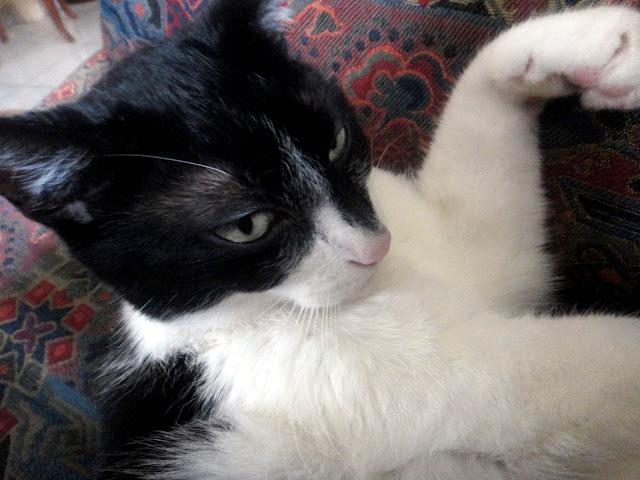 I feel happy ! I caught a mousie 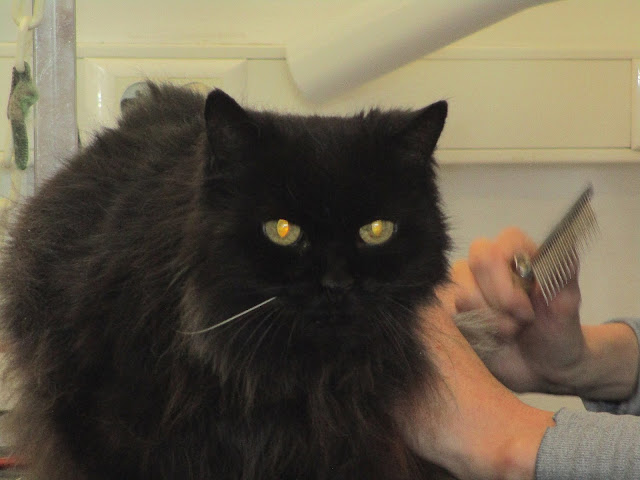 This is a special selfie from me ! I am at the groomer ! My nails claws are already done and it was difficult to push the button !

At 3 am I woke up because of loud meowing and strange noises and screems ! I switched on the light and saw Rosie running around the dresser and trying with all strengths and efforts to get under it ! But no way she was too big. I immediately understood ! She had caught a mousie and it had escaped and was now sitting safely under the dresser ! 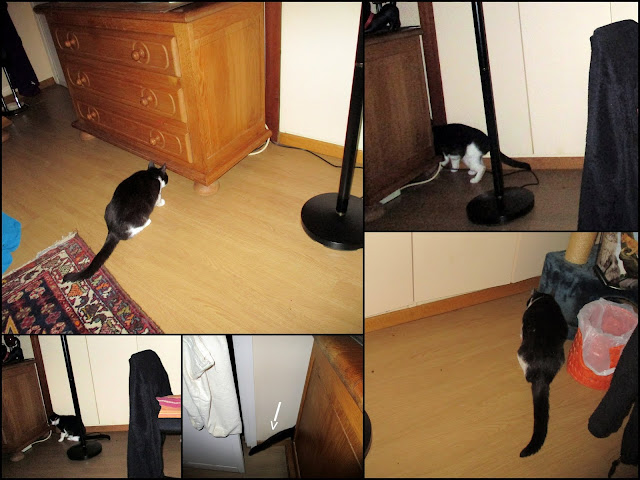 Rosie was really angry and growled and rambled around the dresser ! First I thought to get up but then I was too lazy, I put earplugs in my ears switched off the light and fell asleep again.

When I woke up Rosie had disappeared an no mouse corpse was on the floor. To be sure I looked under and behind the dresser but there was nothing. 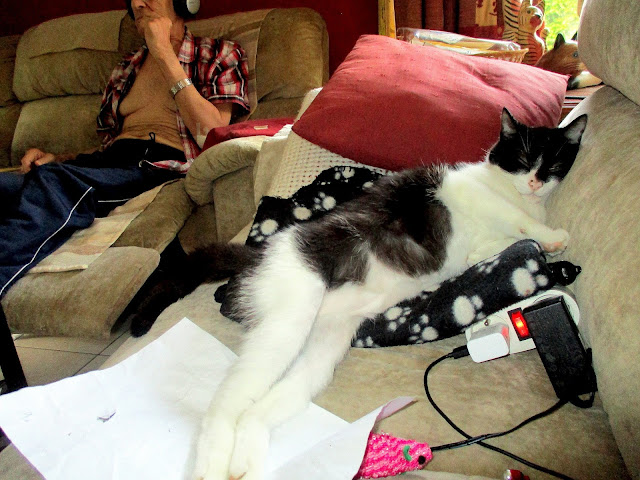 I have no idea what happened to the mouse, but Rosie rested happily on the sofa amongst her computer accessoires . 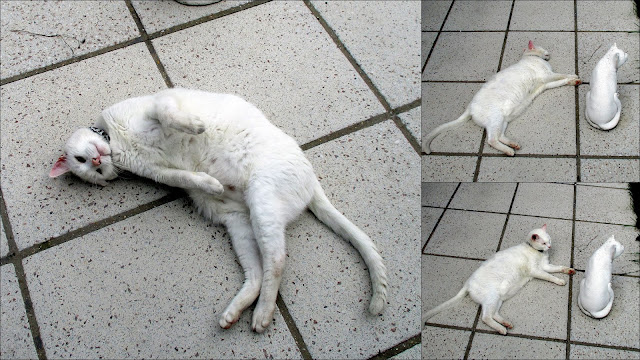 Arthur had started his outside life again and after a long excursion in the neighborhood he rolled around on the warm tiles.

Somebody rang at the door and when I opened it was a man who delivered me a parcel for my neighbor. And who was sitting besides him .... Arthur ! He is really a polite cat !

Grandma Kim looked more and more like a mop. I thought with the age she would produce less hairs ! 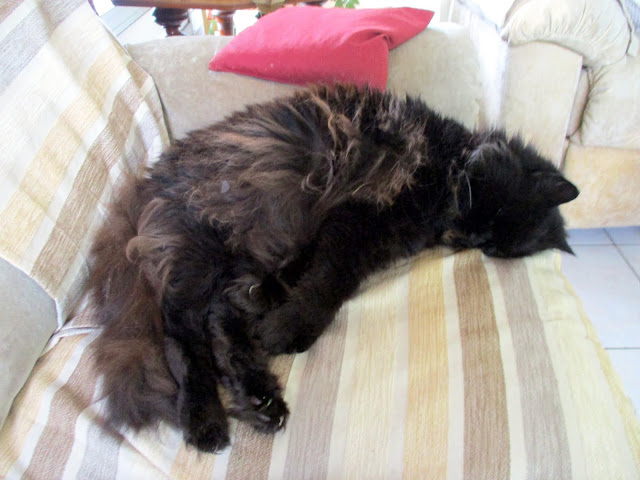 But I was completely wrong ! The poor old girl was full of knots under her belly, where I am not allowed to brush her ! 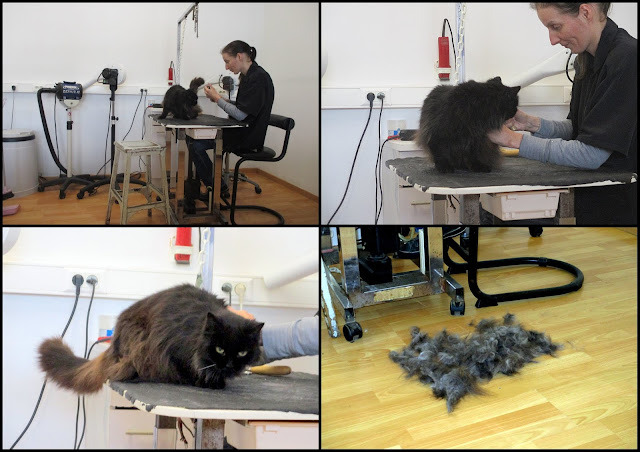 I took her to the groomer. She had always loved to go there and had purred and made pasta, but this time, since she became an "inside" cat, she was not happy at all and meowed loud and struggled and didn't hold still as she had done in the past. She was a completely different cat. The young woman told me that it is unbelievable how after so many years she had changed so much ! 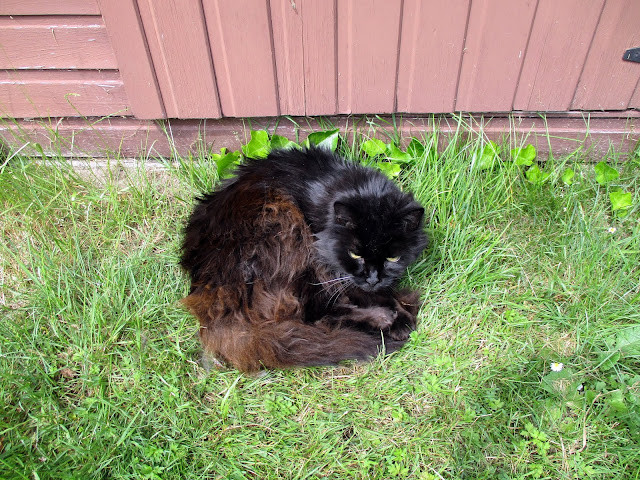 When I came home she immediately settled down on the grass and I thought I don't see a big difference between "before" and "after" !
Posted by Gattina at 10:07 AM