CATS ON TUESDAY
Have you ever met a cat who is NOT used to toddlers and who loves them ? Arthur is always full of surprises ! 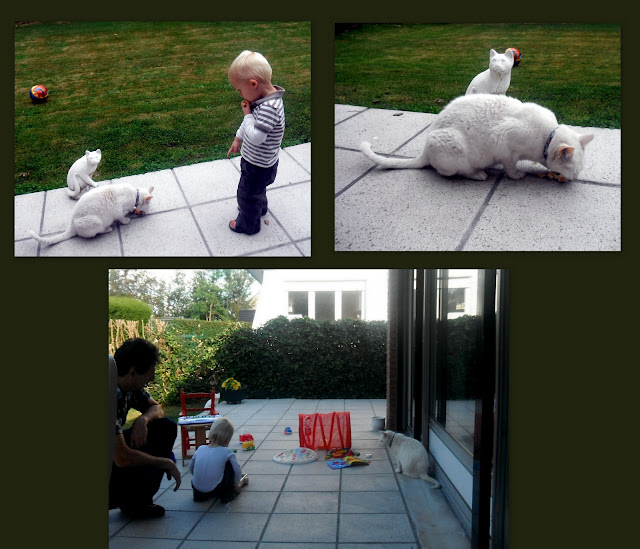 We had our 21 months old grandson Toby on a visit and Arhur was delighted ! He tried to play with his toys, sometimes Toby didn't agree, they shared a Brussels Wafel together, but when Toby wanted to take the piece back, Arthur only growled. I think they both found a silent agreement ! 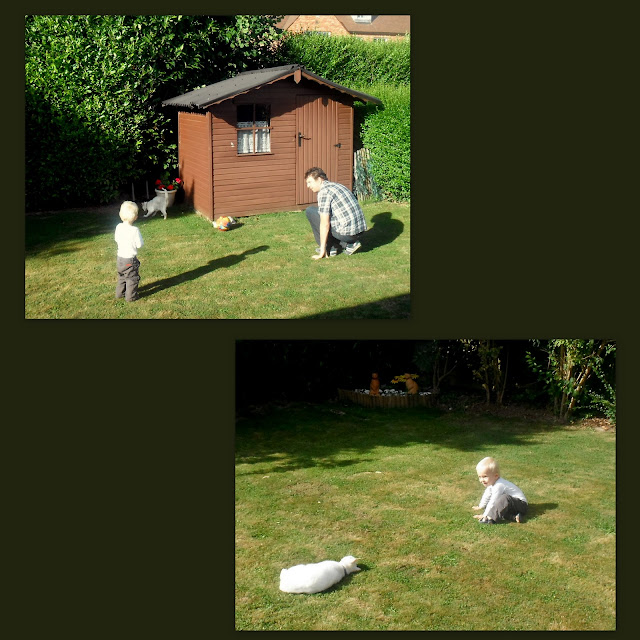 He showed Toby how to dig a hole and then make his wee-wee and he rolled around in the sunshine to show him how happy he was.

Rosie disappeared for the whole day and Mr. G. was very worried. 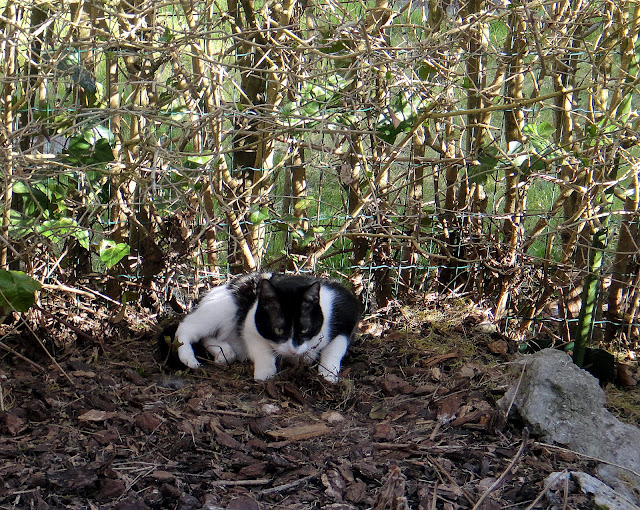 She spent the day behind the hedge and watched from far (we suppose). As soon as Toby was in bed, she appeared again and faked as if nothing had happened. The next morning it was the same ! 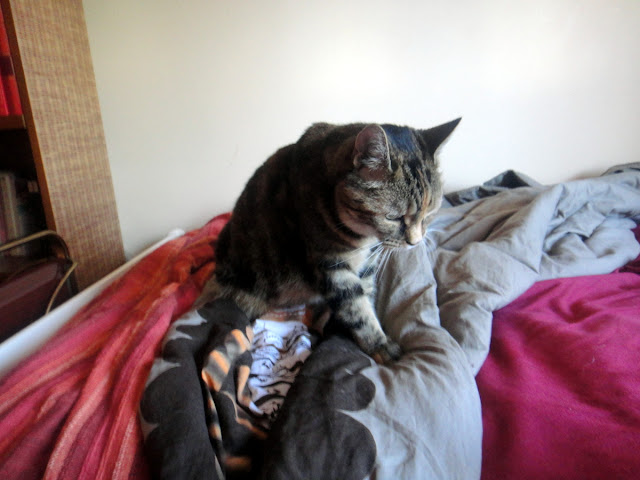 Pookie hid in Mr. G's room, mostly on his bed ! and also only appeared when the air seemed to  be clear ! 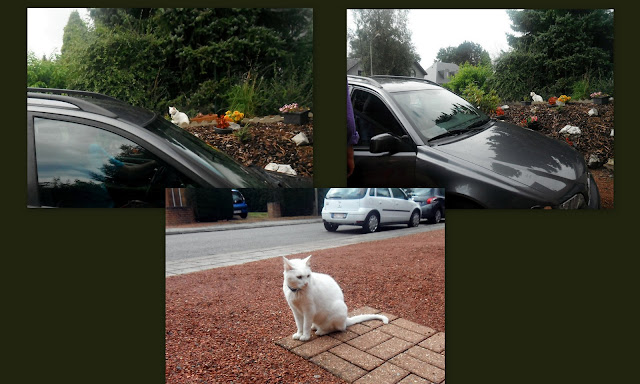 When they left, Arthur sat there and watched the car leaving, he looked quiet disappointed. He would probably have waved with his paw, but he is no Disney cat (yet).

When we were back in the house, he started to play like a mad with one of Rosie's mice ! Now he is back to normal and feels probably bored. He tried to play with Pookie who send him to hell. Rosie wasn't in the mood neither. Poor Arthur !

That Arthur is amazing. He is full of surprises ... like an international cat of mystery! MOL!

Last week the humans had friends visiting and they had an 18-month old human kitten! I come out for visitors but keep my distance, no matter their age, but Binga was all up in the kid's face! Which kind of made the kid nervous because she had never really been around kitties, just dogs. But Binga really wanted to be friends. She's the socialite of the house.

We feel Arthur thinks he is a human child not a cat! :)

What a sociable boy he is. Ours are more like Rosie and Pookie - out of the house the second strangers come in!

Arthur is amazing - mine would be off like a shot if any small people appeared. Perhaps he knew there'd be tasty treats on offer if he hung around long enough :O)

By the way, I can't see any names on your page to other people's link... is there an error with it or is it just my MAC playing at silly devils?

It´s nice to have a little playmate full with energy :)
Fullgrown humans and old cat´s seems to have much less of that !

That's so sweet of Arthur to "entertain" Toby. :)
Our cats are very wary of little humans and would do a Rosie and Pookie too. :)

If we had been there you would have been hiding from sticky fingers!
Luv Hannah and Lucy xx xx

Arthur is full of surprises! We are all like Rosie and hide when "little people" come to visit!
Buster, Rudy, Sam (and Mom Cindy)

Cats never cease to surprise us! They always do what we least expect!!

The pictures of Toby with Real Arthur and Fake Arthur are very cute.

Rosie is wise to be afraid of toddlers, though. Luna has only encountered a few children, and she always hides from them.

How sweet of Arthur to be your grandson's playmate. :-)

Maybe Arthur should visit Toby once in a while :)