A MOUSE AS A HAT

While Arthur was sleeping at his feet, my son had put a little mouse on his head and as usual Arthur when he sleeps, he sleeps and even an earthquake couldn't wake him up.

But after a while he woke up ! 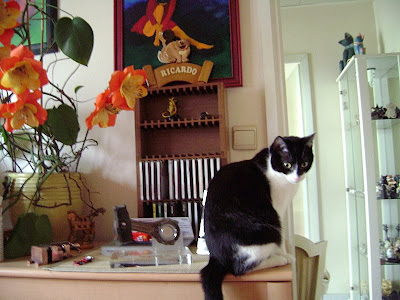 Rosie wondered : What has he on his head ?? 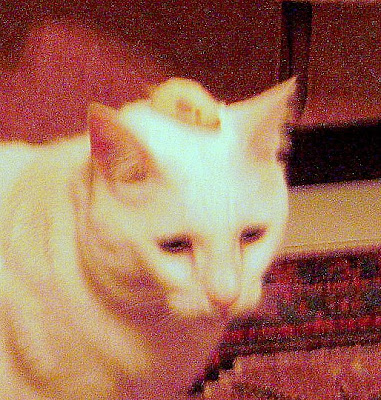 The mouse was still there 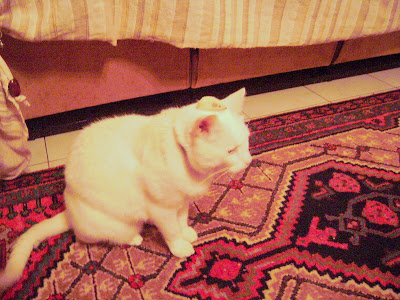 and even walking through the living room, he didn't realize that he was wearing a "hat" 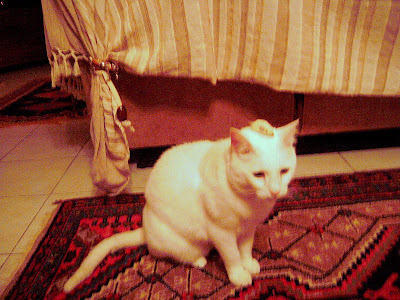 He went to the window door 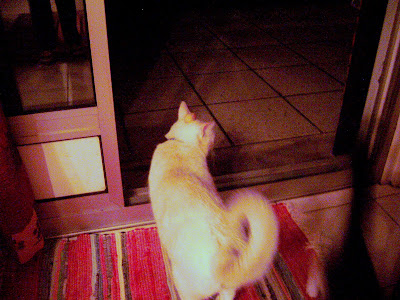 and looked out to the right 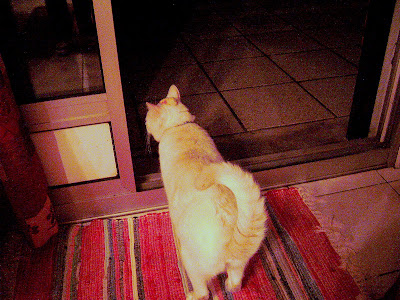 then to the left 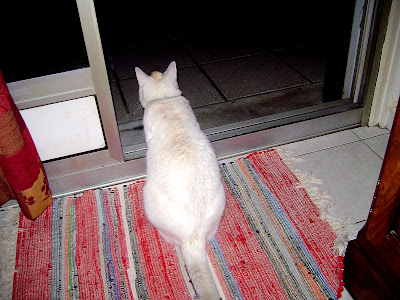 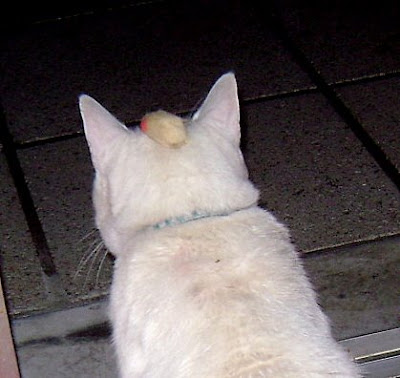 and as he didn't notice any special events, he just sat there with his mouse on his head !
Finally Rosie with one paw swiped the mouse from his head and Arthur who saw the mouse rolling on the floor jumped up and played with it. He hadn't noticed anything except maybe the hilarious laughter in the room !
Posted by Gattina at 2:32 PM

That is so funny! Poor Arthur, what an injury to his pride!

Hello Gattina, I am back on planet Earth! I was away most of the summer and Cats Unplugged was left by the wayside (Unplugyourkids was nearly abandoned also).

I am glad to see that you, the kitties, and Mr. Gattino all seem well. I hope to be back on track this Tuesday.

Hope you are enjoying what is left of your summer!

Hahahaha! Oh dear, poor Arthur. I'd have been laughing too. Cats can be so silly, can't they?

that is funny! Lots of nice cats on yoru blog...

hahaha, that's too funny. He really didn't seem to realize it.

Chica would never accept about that. Not even her beloved Bert was tolerated long on her back :-)

Have a great Sunday all of you!

hahaha! That's hysterical! Arthur must have such poise to keep that mouse on his head and not even know about it!

Poor Arthur! He must have had a "dead spot" on his head!

pooor Arthur. poor boy cant aked a nap. whuts wiff beans messin wiff us when wes asleep. all beans do it though.

That was cute! I laughed at the shots of him not realizing that something was on his head. He must still be in a daze from his nap. :P

Me think Arthur just choose not to be bothered abt ther mouse sitting on his head. My guess is that he knows

He is a fine dude. I mean Arthur.