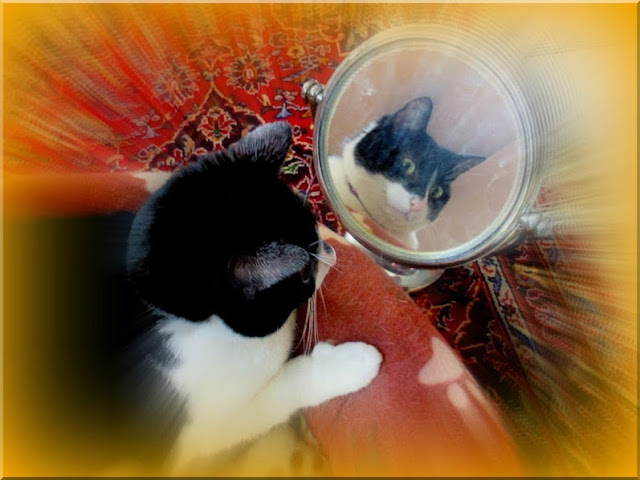 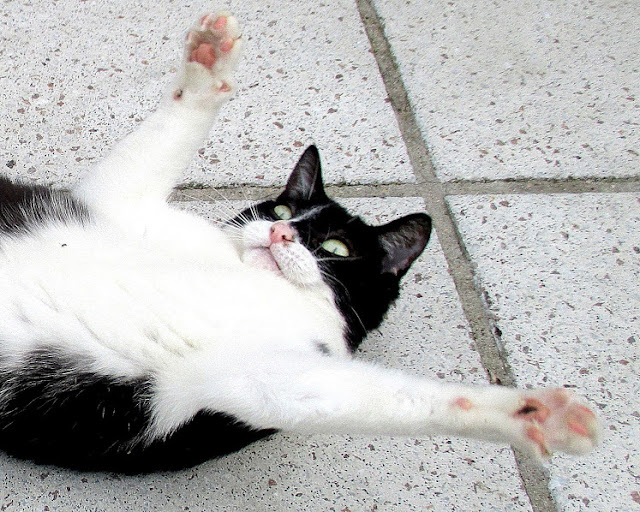 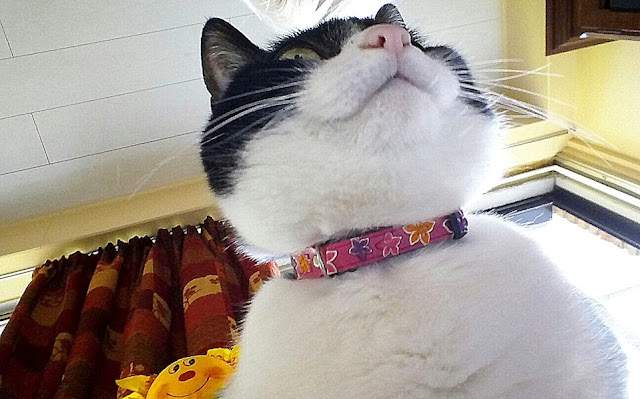 This has really been a strange week ! The living room was decorated with balls, angels and father Christmas, candles and other stuff of no interest to me ! When I was younger I used to play with angels and balls, and garlands but now that I am 13 it has to be something more interesting, like my laser pointer !

In the evening they had a glass of what they call Champagne and then they were hanging in front of their screen and I saw the little boy who talked to them and showed what he has got. Apparently they had some difficulties with the connection but then I heard them talking and I fell asleep ! 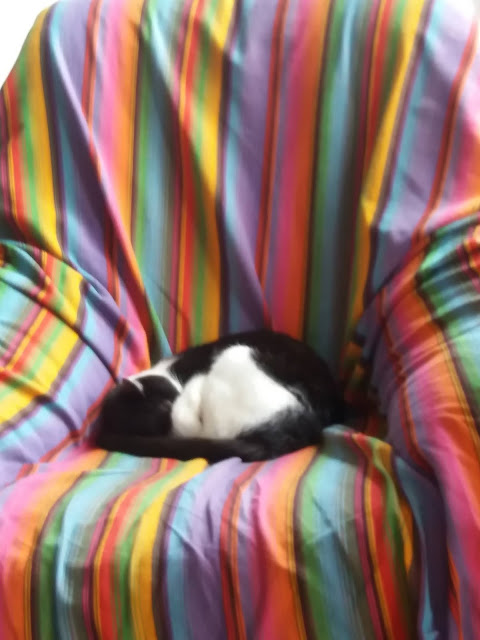 as usual in my favorite chair. 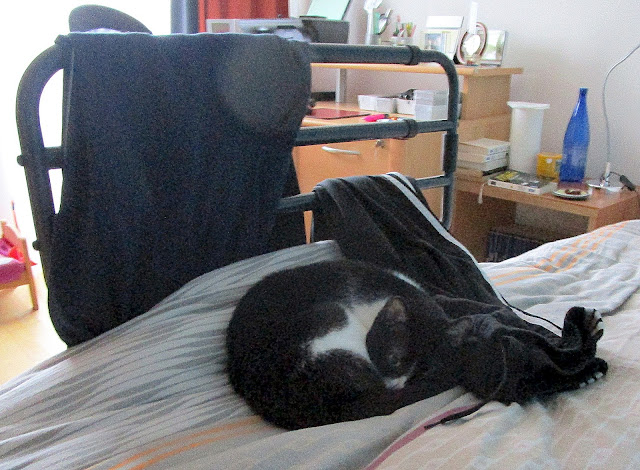 It got boring, because when they had talked enough with little and big boy and the girl, they started to eat some disgusting stuff called Sushi. I prefer my dry food which I eat since 12 years and I don't like to eat anything else  !

Finally I had enough and went for a while sleeping on the Butler's bed, before I joined her when she had finished watching TV. This was supposed to be Christmas Eve. I never ever had a Christmas like that, where I didn't have to hide because of the little boy. Apparently he is kind but you never know. In the old house I could hide in the basement or go outside, here it is not necessary, people seem more friendly to me and I don't run away anymore.

I'll see you again next year !! 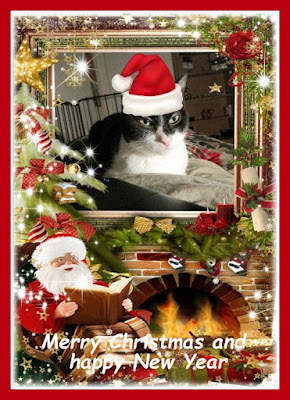 It was a very strange Christmas, indeed, Rosie. We are glad you feel safe in your new home, and don't feel the need to run away from people anymore.

Happy New Year to you, Gattina, and Mr. G!

Oh my, that selfie is fabulous!!!

Rosie, you created a beautiful selfie. It sounds like you had a wonderful Christmas - quiet, good food, and lots of relaxing.

What cute selfies Rosie! I'm glad you all had a nice holiday, Happy New Year!

Merry Christmas Rosie. You ARE the fairest on the land!

We LOVE your selfie! Our Christmas was very much like they usually are...furry quiet...which is just the way we like it! We are so furry happy yours was too!
Purrs
Marv, Jo Jo, Kozmo, Cinnamon and Barb

Bewst wishes to you for a happy and peaceful New Year Rosie !

Love the photo of you looking in the mirror. You are definitely the fairest of them all.

We like you selfie. How creative. Hoped you had a wonderful Christmas, all things considered.

Rosie, you are missing out with the sushi! Just sayin'.

A very strange Christmas here, too, Rosie....but you know, it still *was* Christmas!

I'm glad you are feeling more comfortable around other peeps. Some of our kitty Angels were very 'sociable' to strangers, but some always hid. We think the sociable ones had a lot more fun:)

A Champagne Christmas is the Best Christmas we agree although a laser pointer comes close.

I hope you will have a lovely peaceful new year and good 2021.

Your selfies are fantastic, Rosie! You saw a beautiful kitty in the mirror? :-) It has been a very different Christmas for sure. Sushi sounds good to me, though :-)

We had a good Christmas but Dad was a bit out of sorts saying he wanted his peeps about. Next year will be better