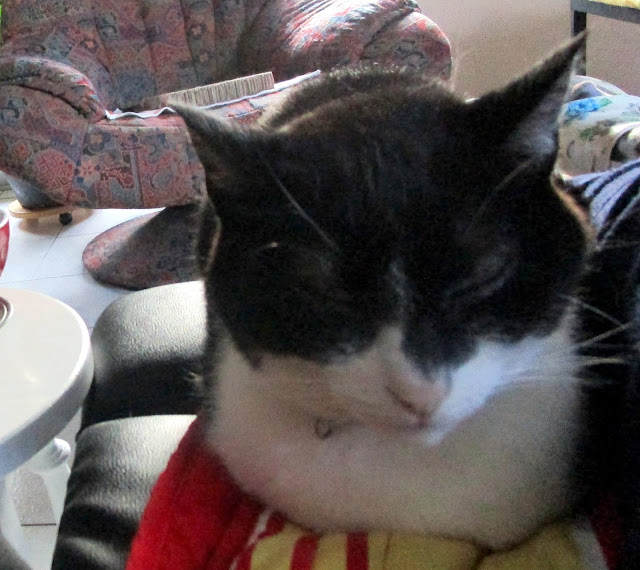 It's too early for selfies ! 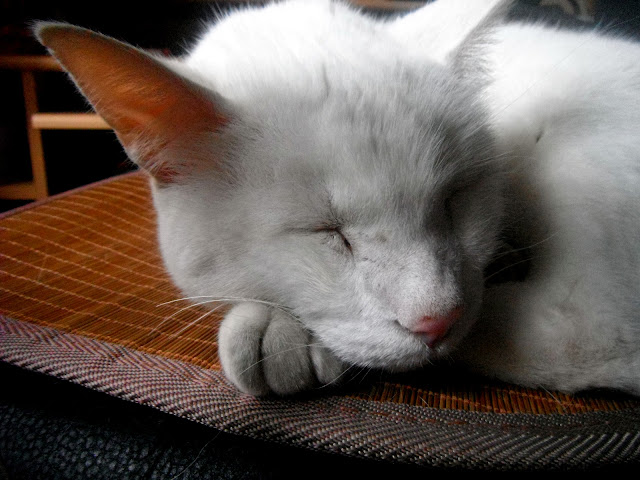 I agree, come back later !

After the disaster with the Vet clinic, I took an appointment with my vet I know for over 20 years and who knew Arthur since he was a baby. 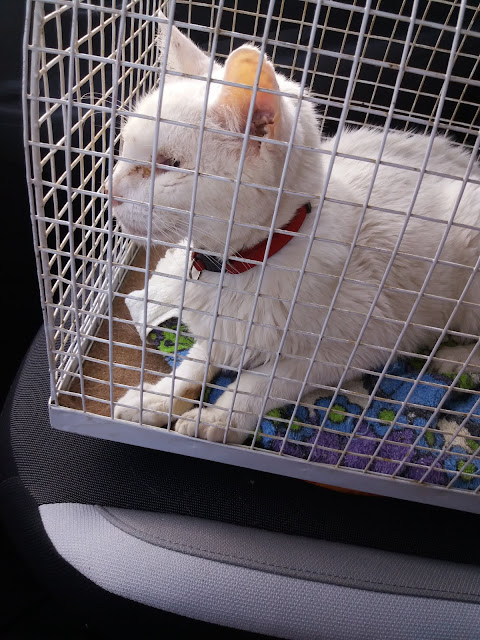 This time we even could take him out of the carrier, he just resisted a bit, but she could look into his mouth and do a little check up. Then she told me she will keep him for blood analysis and teeth cleaning and a general check up.

With a heavy heart I left him there and a few hours later she told me that he is half awaken and that I can pick him up. That's what I did immediately. 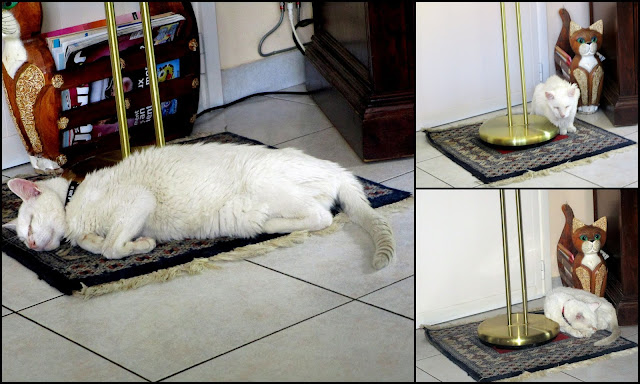 When he came home he still wiggle waggled a bit, and lay down in this corner where since then he always stays. The special diet food the vet had given me for his kidney problems, he didn't want there was nothing to do. I tried for 2 days without success, he only drank his cat milk. Finally I thought I give him what he wants to hell with the kidneys I want a happy and not a hungry cat. I gave him his usual senior +7 food and he gobbled down two bags ! Then he lay down with a full stomach.

The eyes are still watering and I try to clean them every day, now he starts to get used to it.  Dear Arthur is getting old. He also had peed on the bathroom rag, and I hope he won't start to pee everywhere ! That this was only an accident.  He became very affectioned and as soon as I sit he wants to sit on my lap and when I go to bed it doesn't last long and he appears. But he doesn't stay the whole night. 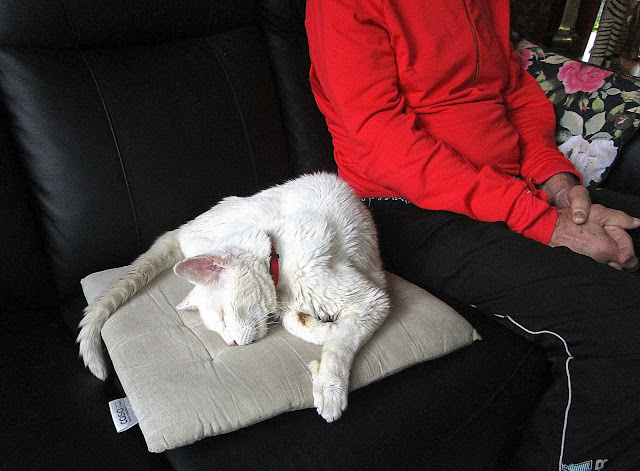 As long as he seems to be happy and well I will continue just as before and hope that he won't cross the rainbow bridge too soon ! 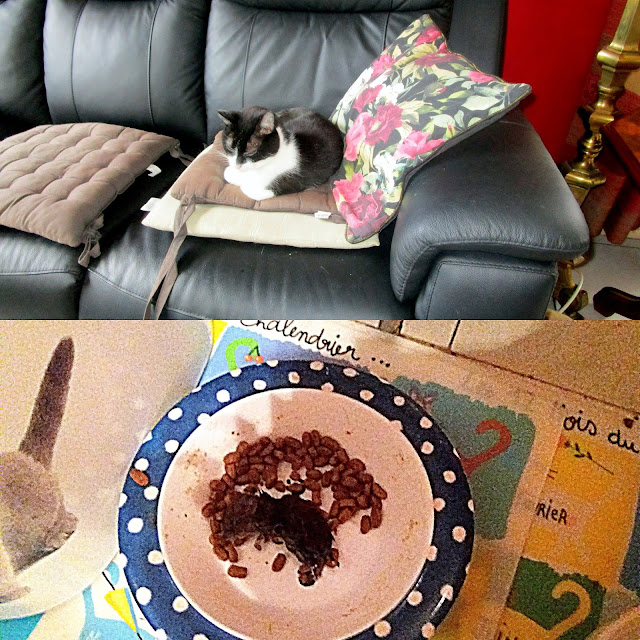 Rosie leads her usual cat life between going out and sleeping inside and this time she even brought us a gift, which she generously put in the bowl with the dry food ! Mr. G instead of eating it throw this lovely gift in the bin. How ungrateful !!
Posted by Gattina at 5:57 PM

Rosie, like all cats, brings in trophies as proof of her formidable hunting skills.

Oh my, how impolite of Mr G. To dispose of Rosie's gift like that. Surely one nibble would not have hurt him???
Awww, Arthur reminds me so much of Harvey at the Dash Kitten blog. I am sure all will settle down and be well. It is wonderful that the vets went well, and that no other issues found.
We wish you all a lovely week ahead.
Gentle, mouse filled purrs
ERin & Mrs H

Sweet Arthur, purrs and prayers and POTP for your healing sweet boy. Rosie is a good hunter and neat too, she put it where the food goes - MOL!

I am glad Arthur got through his dental.

Oh bless dear Arthur! I also agree that quality of life is what 's important right now. So feed him what he wants. Our Sarabi is going through the same and I give her her favorite, Fancy Feast. Have a fab wekk! xx

We are so glad Arthur had his dental. It's hard to get them to eat, isn't it? We are lucky in that Gracie eats hers most of the time. She is 19 now, so we sometimes have to remind her to eat.

I know dental is nerve-racking. Our senior Harvey had one and I could hardly breathe with worry.

Stay well Arthur, enjoy your 7+ food (no I can't get Harvey to eat renal eiter * sigh *).and enjoy life with your family.

I'm sending lots of purrs Arthur's way. Binga never ate kidney food. She hated it, and my human fed her whatever good-quality food she would eat. And her kidneys were pretty stable for the rest of her life, and didn't get much worse. It was a completely different issue that brought her down.

I want Arthur to be happy cat, too, and it's a great thing that he ate his regular food well. That's a generous gift Rosie brought. Humans never appreciate it lol.