Life goes on every day the same, as long as the winter or at least the weather hasn't changed. 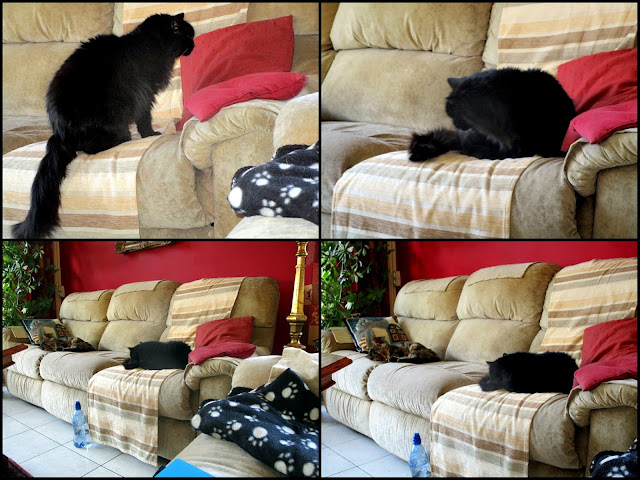 Kim the now inside cat, waits mostly for Mr. G. and sleeps on his place sometimes together with Pookie. I have no idea when she eats and if she eats but she must eat, because she is not skinny and her fur is shining. But I have never seen her with the others eating together !

Pookie gives her morning concerts and sometimes it is so unbearable, that I close the door to the kitchen and living room, while I am in my room, so I can't hear her. She is a very cleaver girl because this morning when she had eaten already 3 or 4 times and was still singing, I wanted to close the door, but she ran outside into Mr. G's office, and I didn't hear her anymore. Apparently she has understood that too much is too much !

Miss Rosie thinks that my bed belongs to her, she doesn't care if I am in or out, but she doesn't tolerate anybody else. 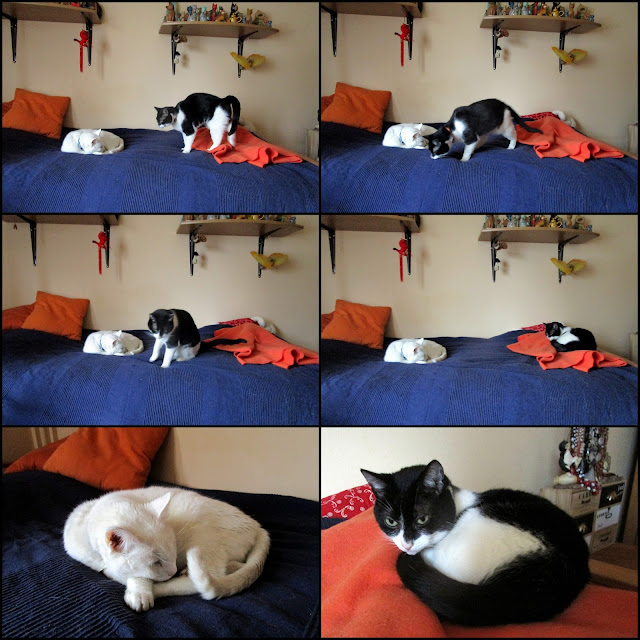 When she saw Arthur curled up there, she wasn't happy and tried to chase him away, but Arthur when he sleeps he sleeps and not even a bulldozer can push him away. So she gave up and she also curled down on the other end of the bed. And I could admire two little snails. 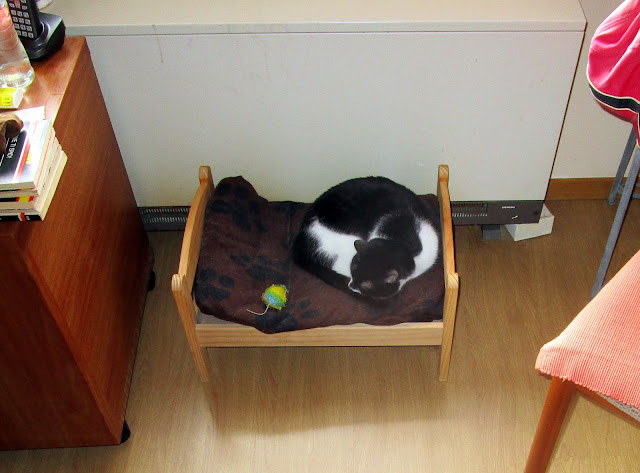 This is Pookie's bed, in Mr. G's room, where she sleeps during the night. That is a cat agreement. But little bitch Rosie, has to show that the whole house belongs to her, so she waits until Pookie has left her bed to climb inside and pretend to sleep. When I want to open the window, she looks at me and runs away ! Probably her bad conscience ! Cats behaviour is real funny to observe !
Posted by Gattina at 10:50 AM

Funny how everyone is stepping on each other's territory on purpose! But of course, it is a cat thing.

Rosie sounds like a brat :) Nice to see everyone.