NEWS ABOUT MY CATS Nov 4

The week was sunny and warm, but except Arthur who still does his duty as neighbor watch guard, the others already switched to winter time. 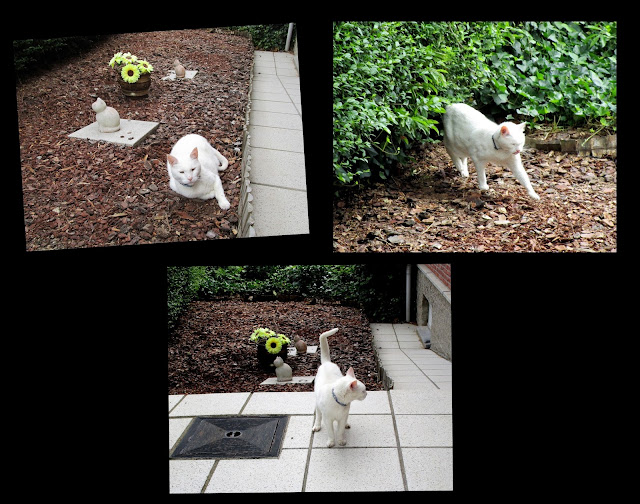 The best day in the week for Arthur is Tuesday because it's bin day ! Unfortunately it becomes very difficult to open the plastic bags we get from the city (not for free of course) look inside and eventually pull out half a chicken or something interesting for a cat's stomach. People are weird, now most of them put the bags in plastic containers impossible to open ! Sometimes Arthur just sits on the top and looks disappointed and people who walk by pity him. 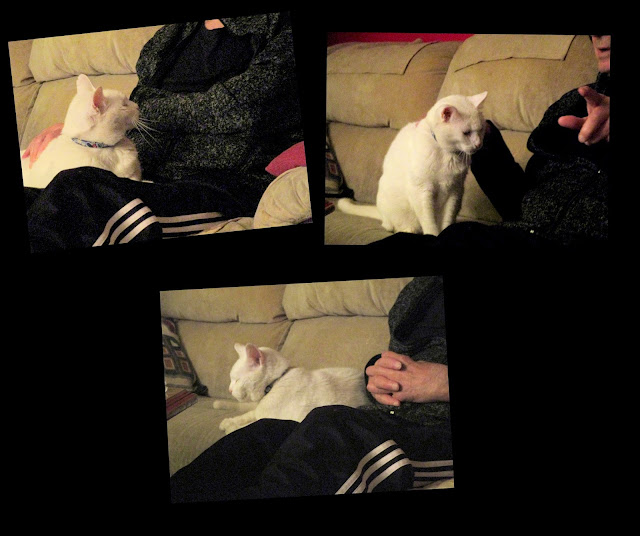 The evenings as usual he spends besides Mr. G. and they watch TV together. They look like a still life ! 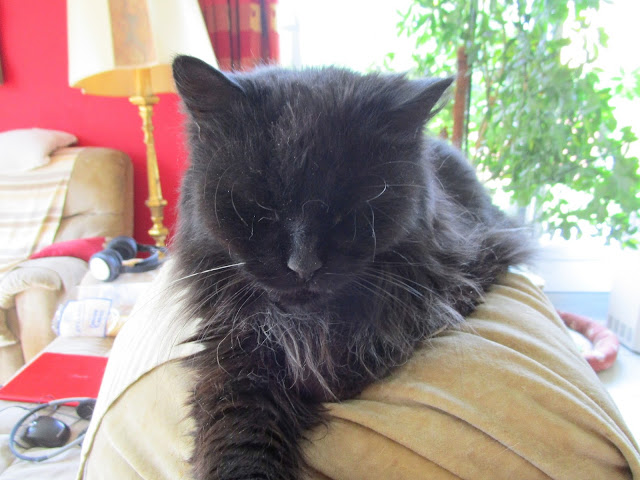 Poor Kim starts to have difficulties to jump, she is getting old too. She still makes it on chairs or sofas but not on the table anymore. She has become more and more social, her big love is Mr. G. and as soon as he sits down she jumps on his lap and asks to be pet or even BRUSHED !! Even I am now allowed to pet her head ! She who was always outside and sometimes I didn't see her for days is now always inside and only goes out if she has to. But besides the jumping she seems well and leads her life as a retired cat in a retirement home ! 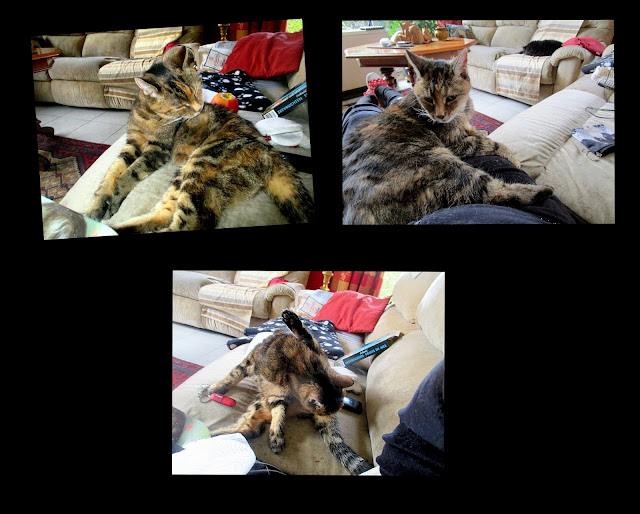 Pookie the other London girl does the same, except that she is very loud and gets on our nerves with her meowing ! She always makes a circus to jump on the sofa, asking for help, but I don't move because I know she can, each morning at 6 am she jumps on Mr. G's bed, which is the same height and meows not gently but very demanding in his ear. The poor man jumps out of his bed and feeds her and then returns. The word "jump" is a bit exaggerated, because he is also part of the oldies. 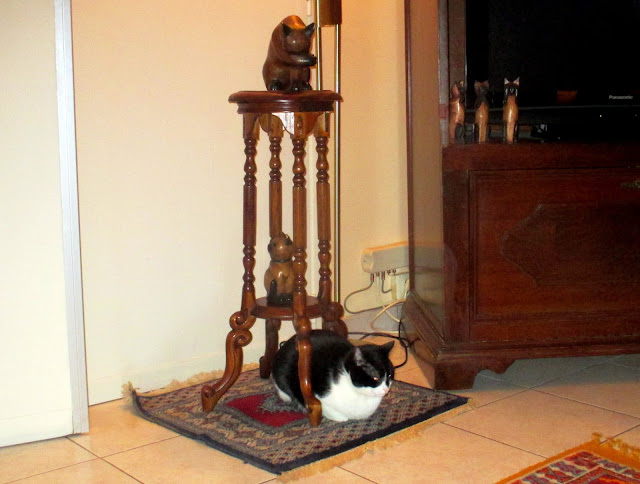 Rosie caught a mouse again and was eating it in front of the toilet. Mr. G. saw her, the mouse tail just hanging out of her mouth ! Too late to save the poor thing, he only could throw the tail in the bin. 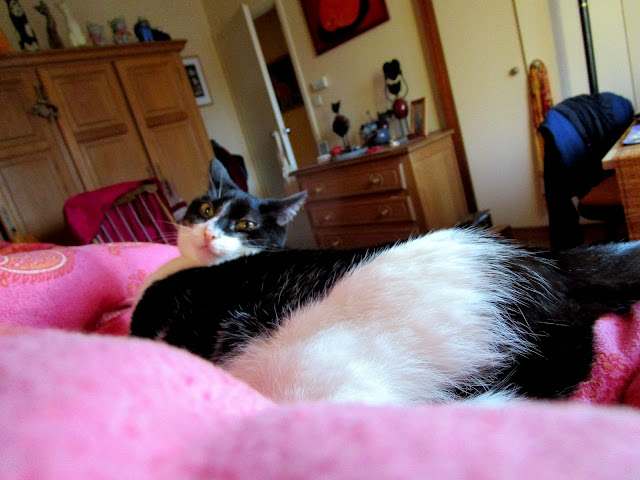 She spends all night in my bed and when I wake up in the morning I always have this view ! A fat bottom and a little head ! That's called perspective ! 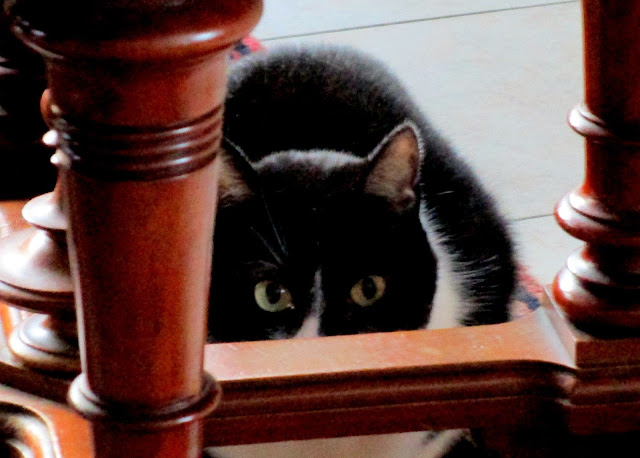 I found this the best photo of this week and called it "Jealousy" ! Rosie was sitting under the table and watched Pookie who sat on my lap !
Posted by Gattina at 10:44 AM

Arthur always makes us smile when he goes out into the garden. Mr. G and Arthur seem to like the television now the weather is autumnal. Does Pookie always meow or is she hoping for some lunch?

Older cats try so hard to hang onto all of their dignity. Our pair, Mrs Black and Munchkin get angry if we laugh at them, or offer help. They like to do it themselves. The mouse thing ..... arghhhh ....

Arthur is such a character!

Actually, ALL your cats are!

Ick on the mouse tail. They are all such beautiful kitties. Sorry that Kim is having trouble jumping.