ABOUT ARTHUR, ROSIE AND THE OTHERS

When Arthur has nothing important to do outside, he watches over us inside. He is a very busy cat. 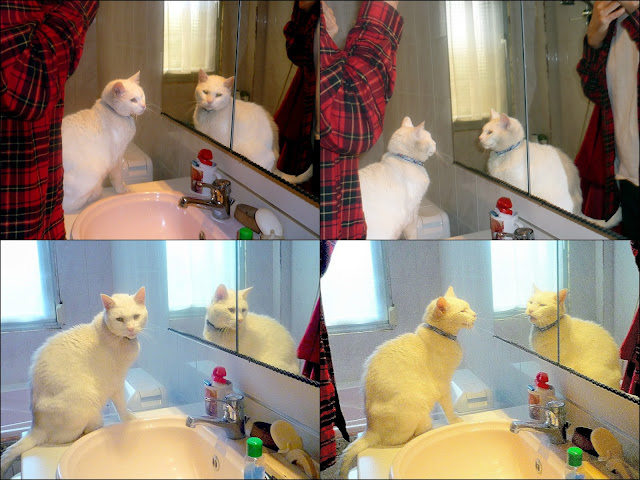 Often he watches over Mr. G. when he is shaving and at the same time admires himself. Only he doesn't see in a mirror. It's strange, there are cats who can see themselves in a mirror and start to fight and hiss, while others are just starring against a wall and don't move, which is the case of Arthur and all my cats. 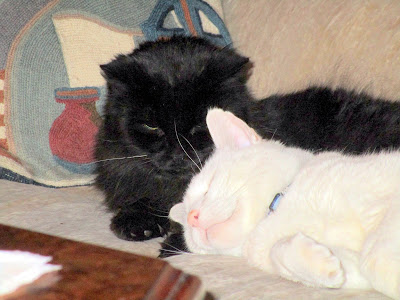 Arthur has discovered his love for Kim, she is the only one who doesn't bother him. Rosie tries to catch his tail and wants to play and Pookie hisses because she wants to be left in peace at her old age ! 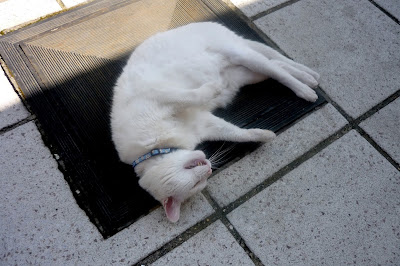 And then the sun was shining and the Arthur took a sunbath ! 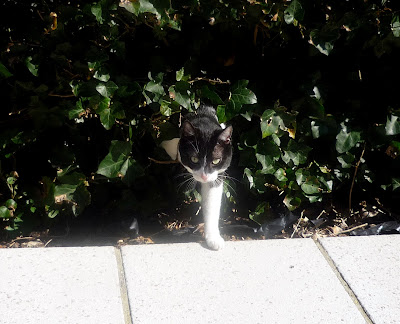 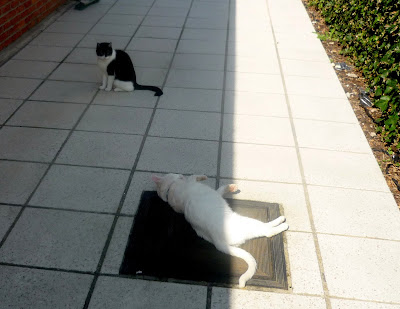 and then they both rested on the terrace 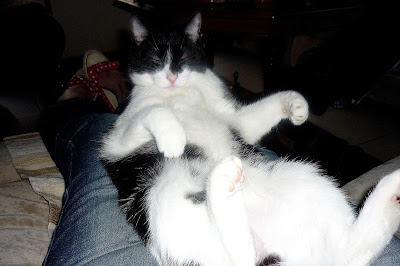 and while I watch Television, Rosie watches me and fell asleep !
What a life !
Posted by Gattina at 10:50 AM

That's nice that Arthur and Kim are pals.

That is so sweet that Kim and Arthur are friends.

That's a sweet photo of Arthur and Kim snuggling.
None of my cats have had any reaction, positive or negative, to seeing themselves in a mirror.

Arthur and Kim, you make a lovely couple.