When I came back from Egypt last Saturday, it was rather late, around midnight. But Arthur showed up from nowhere and greeted me with a loud "meow" ! When I arrived in the kitchen followed by Arthur and Mr. G. there were Pookie (asking for food) Kim, hesitating if she should stay or run away, but she stayed, the only one I didn't see was little Rosie. But when I took off my coat she too arrived and meowed her little joyful meow. Apparently nobody had missed me, they were all in a very good shape and behaved like always.

Rosie went to bed with me 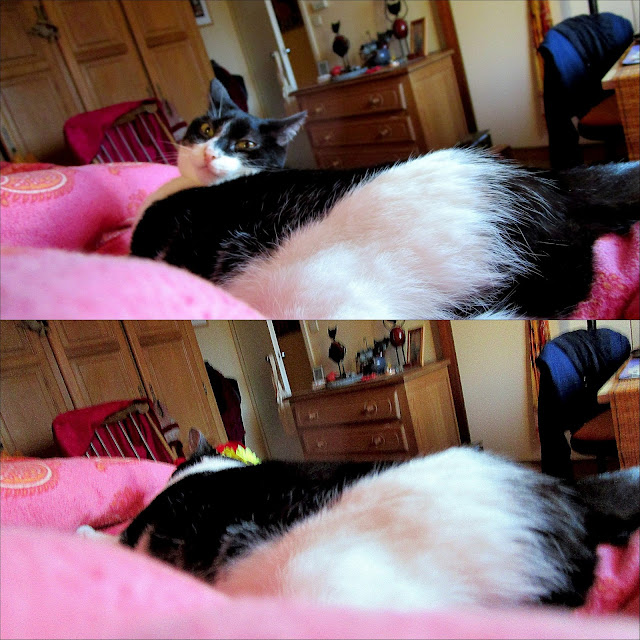 and when I opened my eyes in the morning I had this delightful view ! 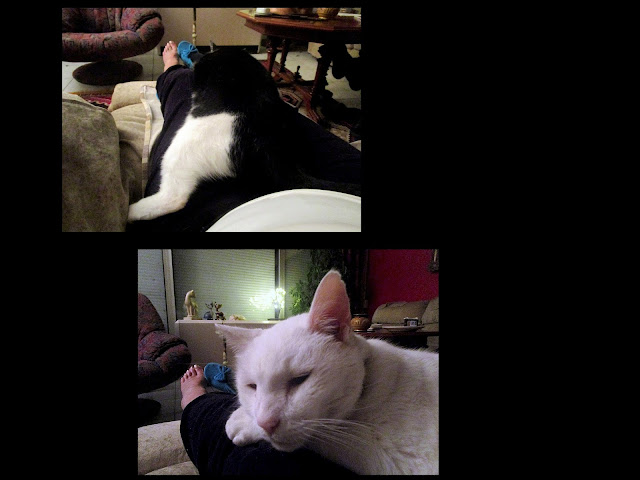 My sprained ankle which just had healed, was sprained again when I fell at the airport in Hurghada, there was a gap I hadn't seen. Fortunately I still had all medicine from the last time and the bandages and I took care of my ankle which was swollen to a little ball. Arthur and Rosie alternatively took care of me by sitting on my lap, which made my legs sleep ! Arthur is heavy ! 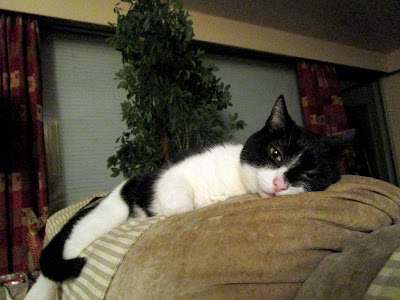 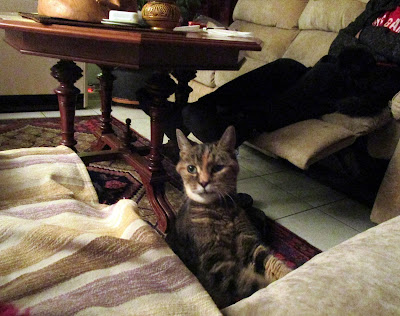 Pookie jumps on the sofa, with a few difficulties, but it still works. She is always observed by Rosie who doesn't want to come her too close to me, but Pookie doesn't care ! 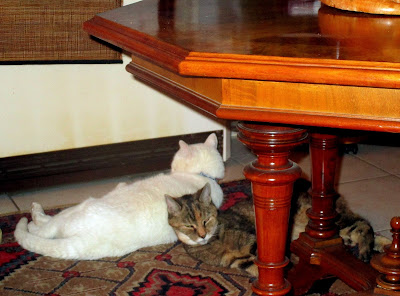 Two who NEVER got near together are now big friends ! They often sleep together in front of the radiator, or on the sofa or bed.

Kim also has changed ! Not with me ! I am still suspicious in her eyes. She became  nearly normal and loves to socialize ! 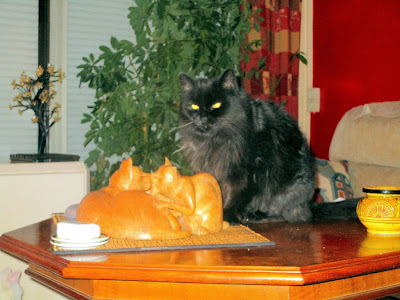 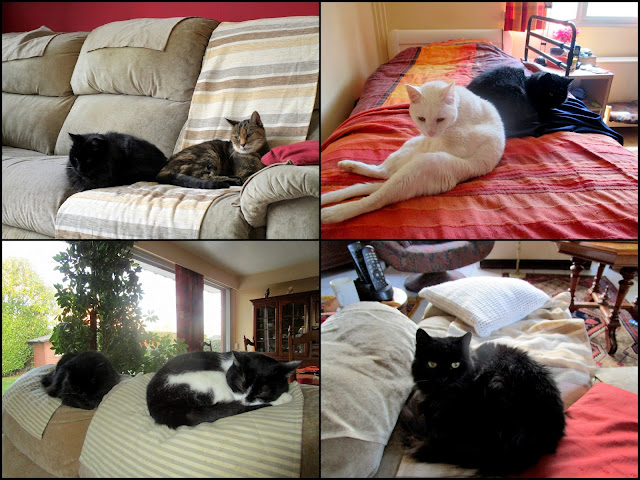 Now she loves to sleep near her "siblings" with Pookie, Arthur and even Rosie ! Miracles happen !
Posted by Gattina at 11:34 AM

We bet your cats were delighted to see you back in the kitchen - we hope you had a great holiday.

Oh, I think they DID miss you!

We bet they missed you as much as you did ! Purrs

The kitties are happy now that you're back.

Your cats are so cute. I'm sure you they are happy you are back.

Sorry you hurt your ankle again. I am sure all your kitties missed you.

Nothing's better than kitty snuggles ... they fix everything!

It must be winter. While you were away new cat alliances were formed, perhaps in the interest of keeping warm and having a cat buddy to talk to because you were not there.

love said...
This comment has been removed by a blog administrator.
2:47 PM