During the week there was not much going in on, but during the weekend Arthur was the busiest cat of the world ! He had to be the footman of grandson Toby ! 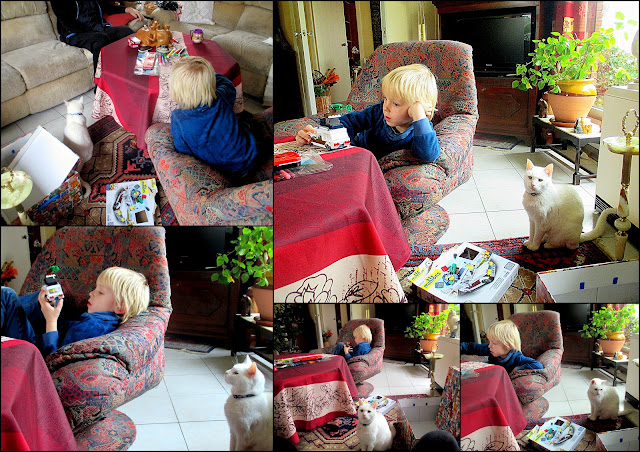 He followed him everywhere and watched what he was doing ! 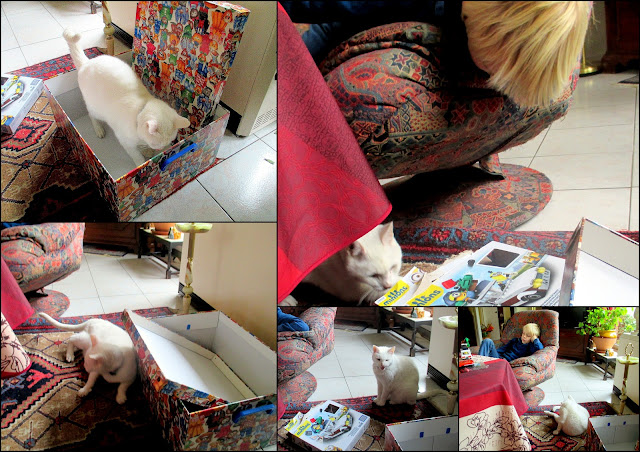 The box which had contained a Playmobile castle was of the highest interest to Arthur, of course he had to climb in and check it out. 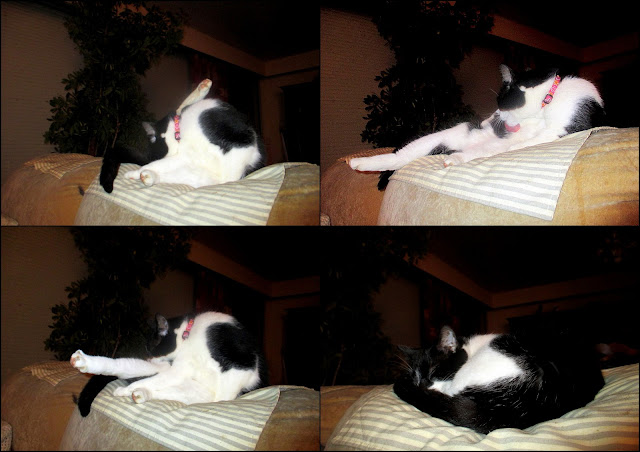 Even Rosie doesn't bother anymore about this miniature human and sits cool and relaxed on the top of the sofa and doesn't care about noise. 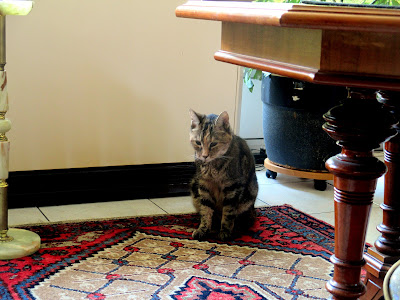 Pookie too didn't change her habits and gave us her free daily concerts for food ! Only Kim had disappeared during the day !
Posted by Gattina at 6:00 AM

Arthur is a great babysitter!

Arthur was taking great care to examine the empty box maybe he was wondering whether to take a nap there or not.
Luv Hannah and Lucy xx xx

Arthur sure was having a good time.

It looks like Arthur had great time and was a good babysitter. Purrs

That is sweet that Arthur likes to hang around with your grandson. Your grandson is adorable.

It's nice when they are comfortable with the little ones. They are fine here,all but Audrey, with the grands. But, Audrey is trying hard to like them. :)

Hope Arthur was allowed to keep the box.

We love how Arthur and Toby are such good pals!

I was hoping to see a picture of your grandson in the box but maybe Arthur wouldn't share it with him. :-)

We would love to hear Pookie sing for her food.