Mr. G. had picked me up from the airport and as soon as the car stopped in front of the house, appeared Arthur from nowhere. He stroke around my legs and I had the impression that he asked me if I had brought him some Egyptian chicken. Unfortunately I hadn't.

Pookie too showed up almost immediately and greeted me with loud purrs. Usually she is offended for three days because I dared to go away. Last but not least came Rosie gave me some wet kisses on my nose and was happy to have her bed warmer back again. Apparently she and Pookie had terrible fights on Mr. G's belly when he lay in bed, because it's Pookie's place and not Rosie's and she didn't want to share this belly (although big enough) ! So Rosie moved back into my bed and purred me to sleep, which wasn't necessary because I was very tired, the trip had been longer then usual. 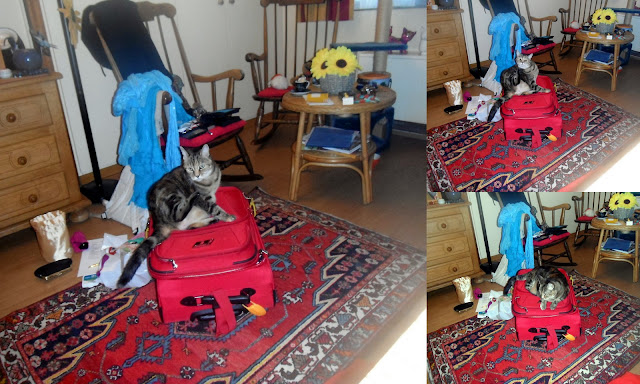 Before leaving my room, Pookie had to try out the still closed suitcase. 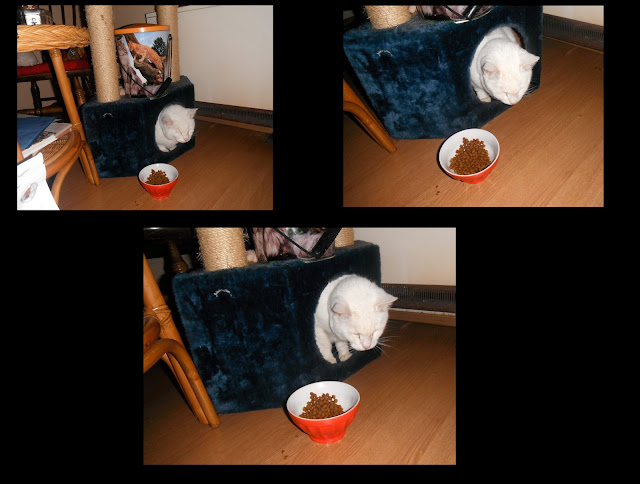 My first view the next morning was Arthur who wasn't quiet sure to get out of his house, to eat or not to eat was the big question. 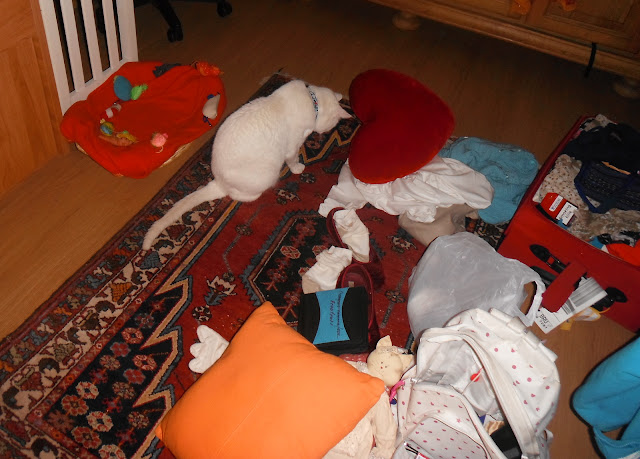 then he inspected the mess on the floor, but couldn't find anything eatable. 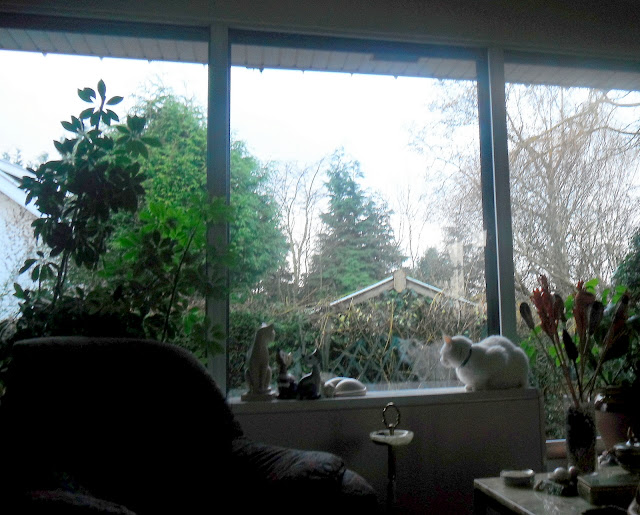 In the afternoon we both looked out of the window into the cold and rain ... 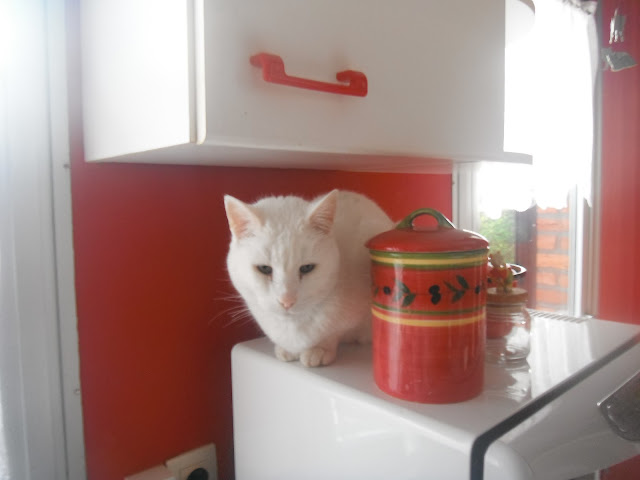 I had the impression that he had put on some weight, he made me think of "little buddha". 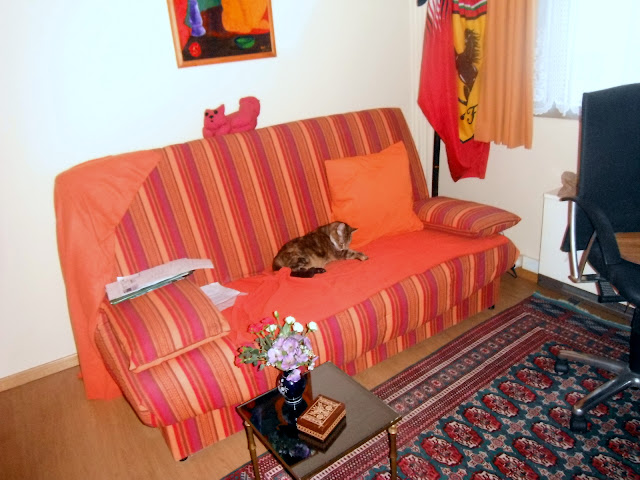 Apparently Pookie had found a new sleeping place during my absence and continued her napping marathon on the sofa in Mr. G's office. 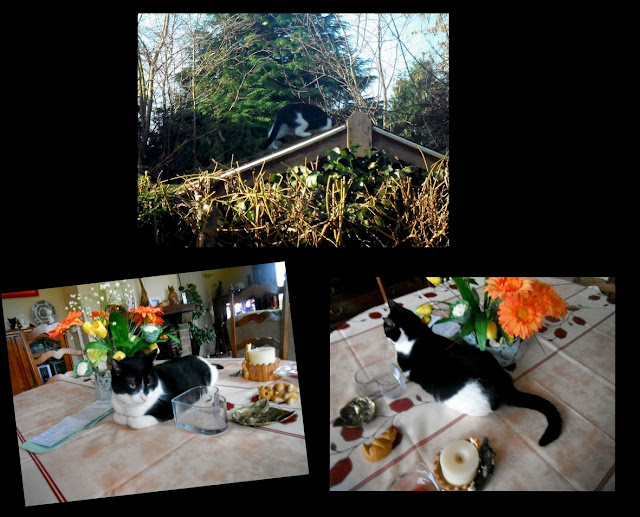 After breakfast, Rosie made a tour on our neighbor's garden shed roof and then played "table decoration". Apparently she had been very busy with mouse hunting. She made Mr. G very happy by bringing home twice a dead mouse. One she had put in Pookie's dry food and the other besides his slippers ! She also had collected her toy mousies during each night and had put them neatly around the food bowls with one in the water and the other in the food bowl. It had been quiet a long time that this hadn't happend. She probably thought she had to replace the missing housewife ! What a loveable cat !

I bet your missed your clowder lots!

It's wonderful to have a great welcoming party when you get home! :)

It looks like the cats are quite happy to have you home!

Have a great day palllls!

Aww, sounds like they missed you and are glad you're back!

They always miss you, Gattina!!!

All the cats seem so happy to have you home, Gattina! :)

Clearly you were greatly missed! Poor Mr G, I bet the cats ran him ragged when you were away. Good to see you back!

So great to have you back~!!