This week Arthur was very much in form ! I had the first reports of the neighbors ! My friend Dominique was sitting at her computer, writing emails, when suddenly she heard a loud deep "meeaauuw" she was so startled, turned around and saw Sir Arthur coming out of her bedroom, where apparently he had tested her bed. She gently told him to go home, which he probably did, but not after having inspected her office. 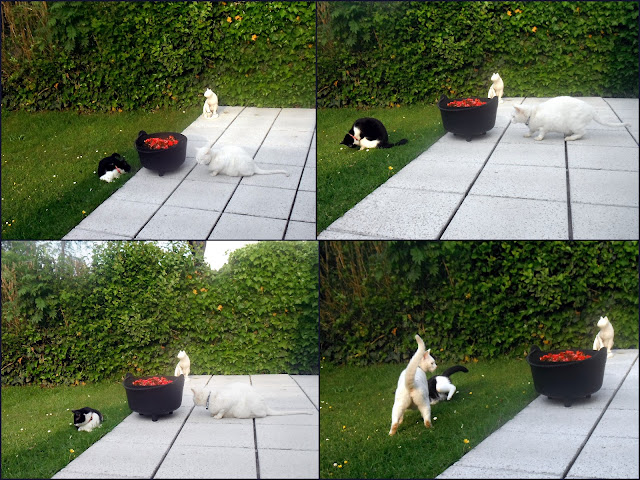 He also develops spring feelings and chases Rosie around. He rediscovered his youth ! 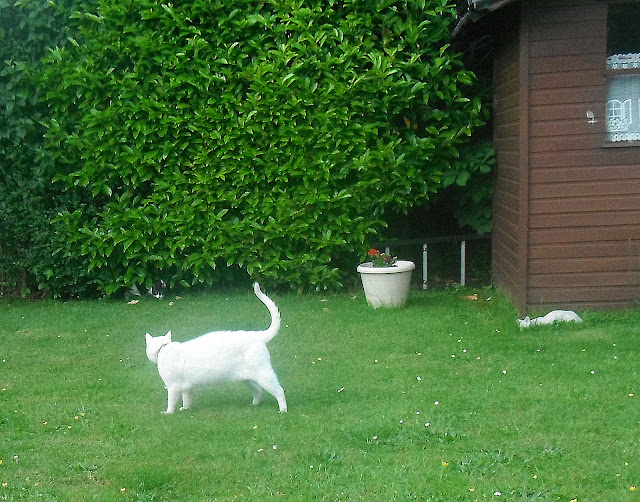 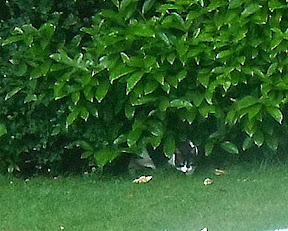 Rosie hid under the bushes, when he started to jump too much on her. 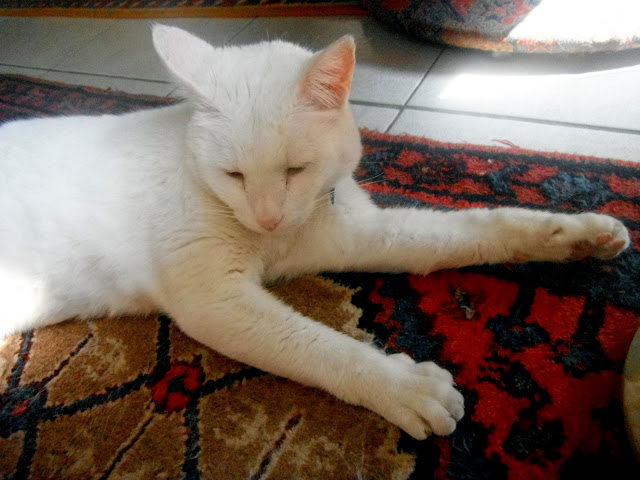 After all these excercises Sir Arthur was tired and fell into his usual sleepy lethargy. 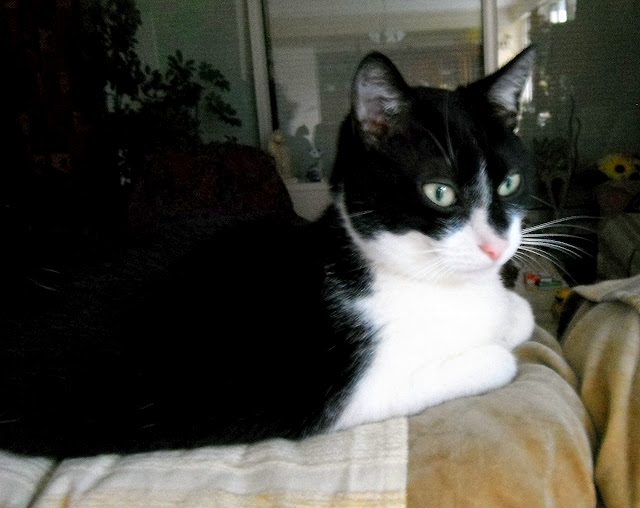 Rosie is rather lazy lately and even doesn't tidy up her mousies. But she 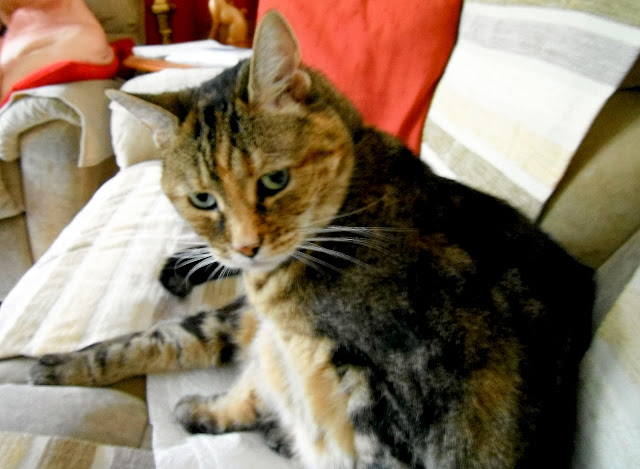 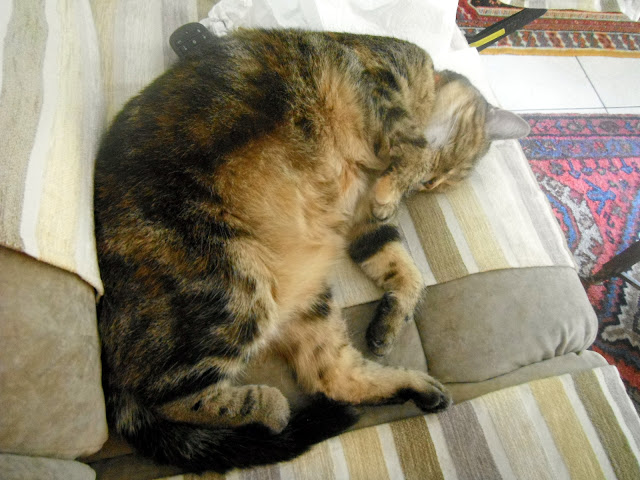 and lazy Pookie were very nice models to exercise myself with my new camera. I have to learn all these new features, but it goes quiet well.

For once Mr. G. managed to pet Kim, she looks awful, just like a stray cat, her fur is hanging uncombed around her body. Although I had been to the groomer a month ago, I have to go back with her, because she still has or has again too much hair. And she gets more and more brown ! Where is the completely black cat ?

hello kitties how you doing. take care. we like to thank you ma'am gattina for being a wonderful catmama.

You mean Arthur just invites himself into your neighbor's homes? That is pretty cool!

As for Kim's fur, here is something to check out - I know it is orange, not red, but it's pretty much the same deal... you may want to take her for a vet visit if you can: http://www.helium.com/items/1885093-why-some-black-cats-fur-turns-red

I see Arthur is sneaking into people's houses through open windows again. What a cat! It's nice to see that he recaptures his youth in the warm weather. Poor Kim, having to go to the groomer again. Herman has to go, too, for mats in his long fur.

Arthur is a rogue! Like the thought of him inspecting your neighbour's house - LOL! Poor Kim, another traumatic trip on the cards...

LOVE that Arthur got spring feelings :)
Me and mom think´s it´s lookes like you can handle your new camera , Gattina !
Mom ´say´s that the black cat Sixten that lived here before me he was turning moore and moore brown the older he got :)

Authur is very bold to hide in other ladies beds. But then he got bored and left. What a tease!

Arthur always continues to make mischief of one form another. That's part of his charm.

Glad to see the cats having so much fun.

How nice to live on a street where everyone's cat friendly. :)
Poor Kim. She does look like she need to pay the groomer a visit really soon. She does look, kinda..uh, scruffy. Heehee.

Arthur, you make us laugh and laugh! How funny that you went for an unscheduled visit to Dominique's house. MOL!

Rosie and Pookie, that is very nice of you to model so well for Gattina while she learns that new camera.

Kim, it is nice to see you. We think your brown and black fur is lovely, and we hope your visit to the groomer goes well (if Gattina and Mr. G can ctach you, of course)!

Arthur, you norty boy, breaking and entering properties. You could be sent down for that!!!

Kim may look like nothing on earth but look at that smile! It's good to see her happy. Arthur, Rosie and Pookie look thoroughly spoiled - just as it should be. A lovely happy post.

Sir Arthur does your PR for you visiting and saying hello to your neighbours! LOL!

Awww....what beautiful cats! Thanks for sharing.