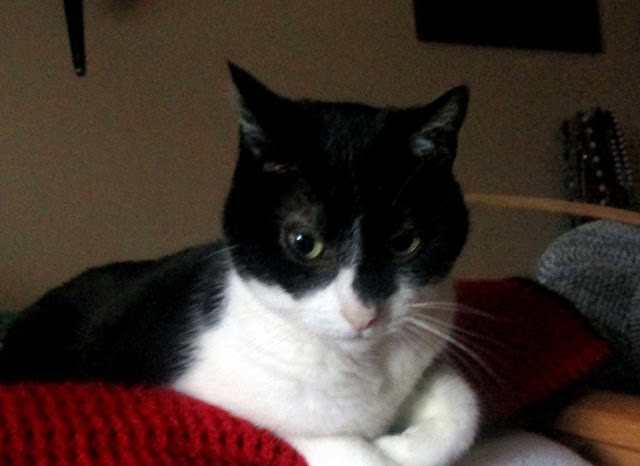 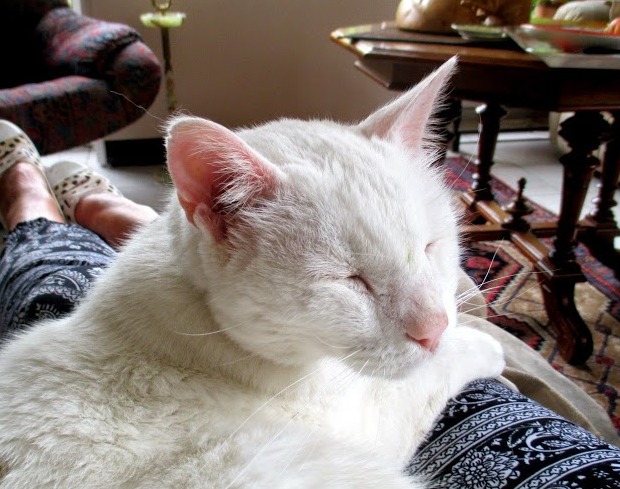 We do our Sunday's job ! Selfies !

In these grey and wet times there is not a lot to do, especially outside the mousies remain in their holes they hate to get wet too ! 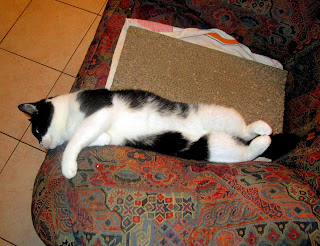 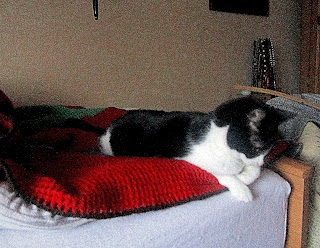 Rosie plays contortionist or observes Arthur from above my bed 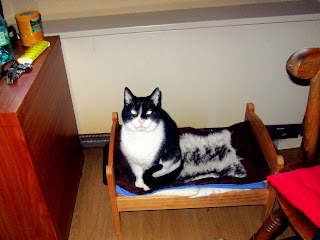 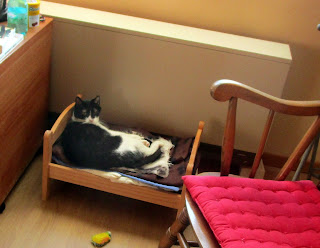 but most of the time she loves lay in her Ikea bed ! Mr. Ikea had created it for dolls, but apperently it's used more by cats, even if they have to throw out the dolls ! 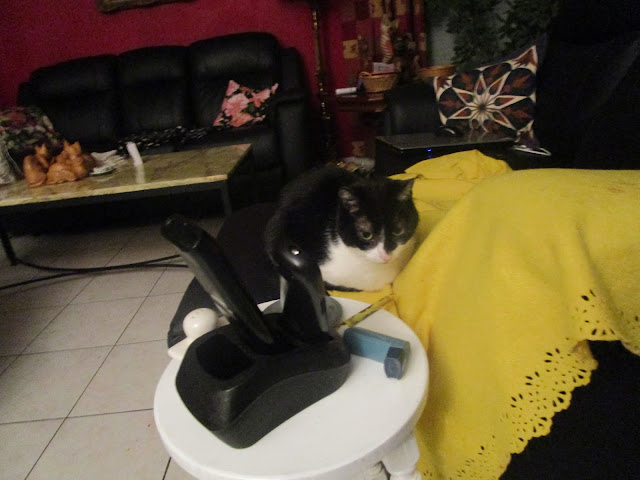 From time to time Rosie  works as operator not very efficient because instead of meowing into the phone she runs away when it rings ! 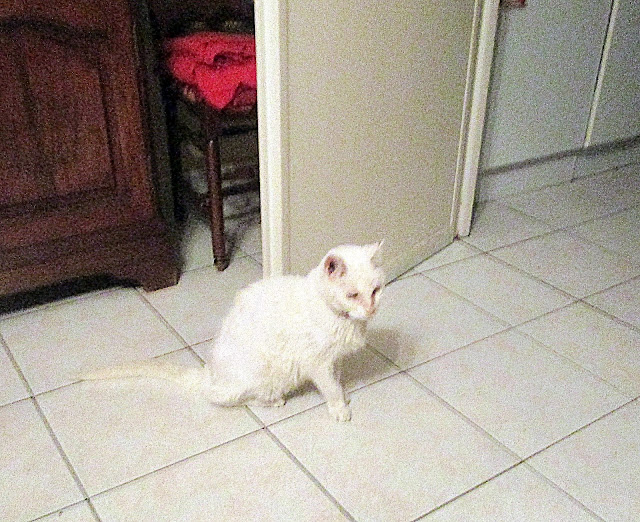 The only way Arthur uses several times per day is going into the kitchen to screem loud for food ! Sometimes I think he had been hurt by somebody ! 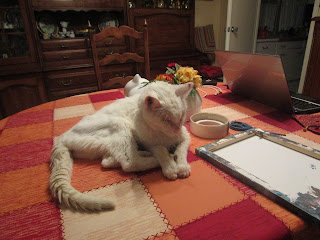 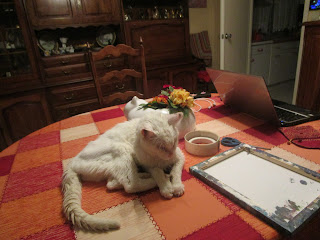 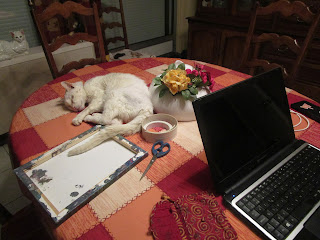 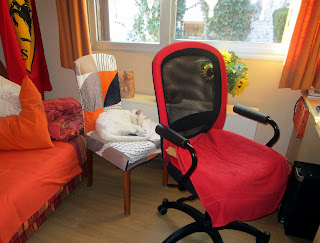 While I am working he sleeps on the table until his stomach claims another portion of food ! and despite the quantities he swallows he becomes more and more a skinny minny. 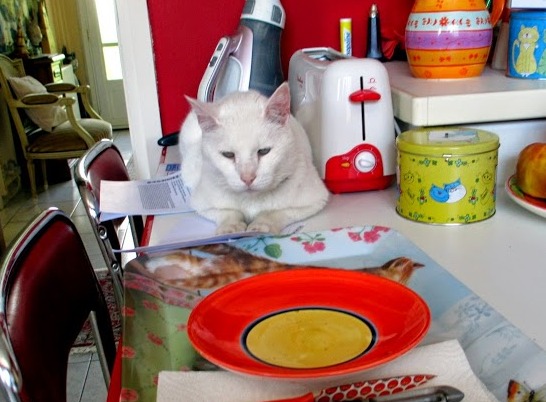 He not always waits so patiently that the plate will be filled ! 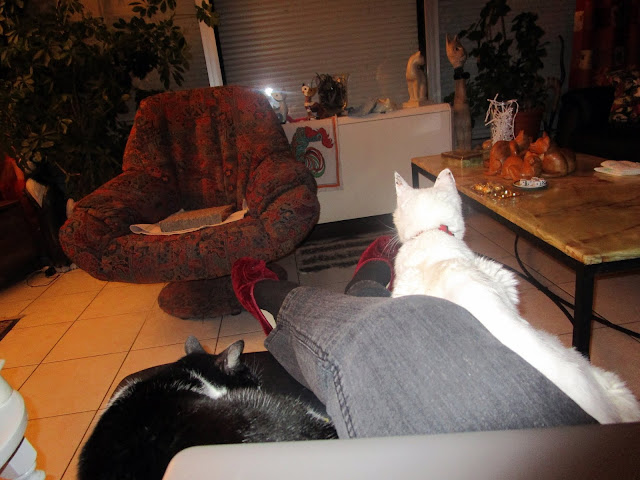 And in the evenings we watch a film together, Rosie on the left, Arthur on the right.
Posted by Gattina at 11:49 AM

Great selfies. They are both such cute kitties.

It sounds like you, Arthur and Rosie have a nice evening routine.

Awwww! Arthur is clearly a plate half-empty/always empty kind of guy ;) MOL
Lovely selfie amidst such dreary wet and windy days.
Hope the days warm up soon so the mousies come out to play
Purrs
ERin

We love that you, Arthur and Rosie watch movies together in the eveneing. So sweet!

Great selfies and the last photo of three of you watching film together is so sweet! Rosie is adorable in her IKEA bed :-)

I have to say it.

Arthur is the funniest and sweetest cat online. He always makes me smile with his cheeky ways.

Happy Sunday to you all.

Love the Selfies, Rosie and you're looking so gorgeous too, Arthur, you still have the looks 😸Pawkisses for a Happy Thursday🐾😽💞