After a rather boring week, Arthur had a very nice weekend. 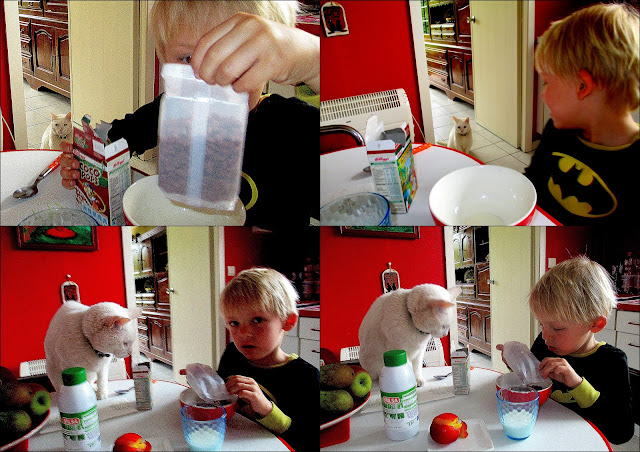 Grandson Toby was on visit and therefore he had somebody to play with ! Here he watches that Toby eats his breakfast. 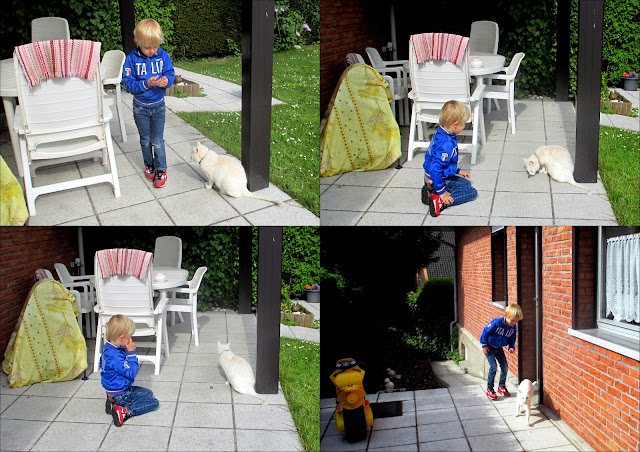 Then they played outside with marbles ! What fun for Arthur to ran behind them ! 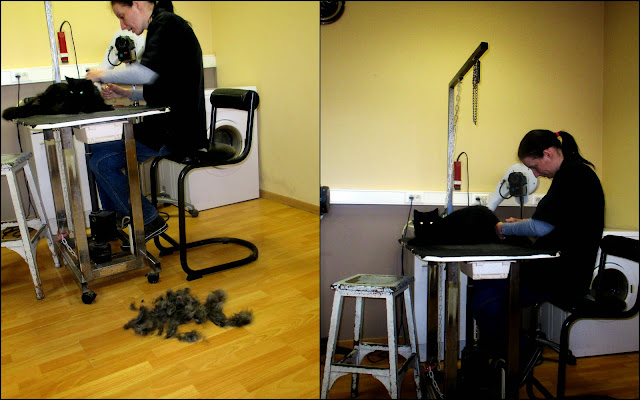 Kim was very much upset because I had to take her to the groomer. After an exhausting hunting to catch her and put her in the carrier, we finally arrived. As usual she behaved like a model, was purring and made pasta. With the hairs coming out of her fur I could knit a few sweaters !

For the next day I took an appointment for Pookie ! 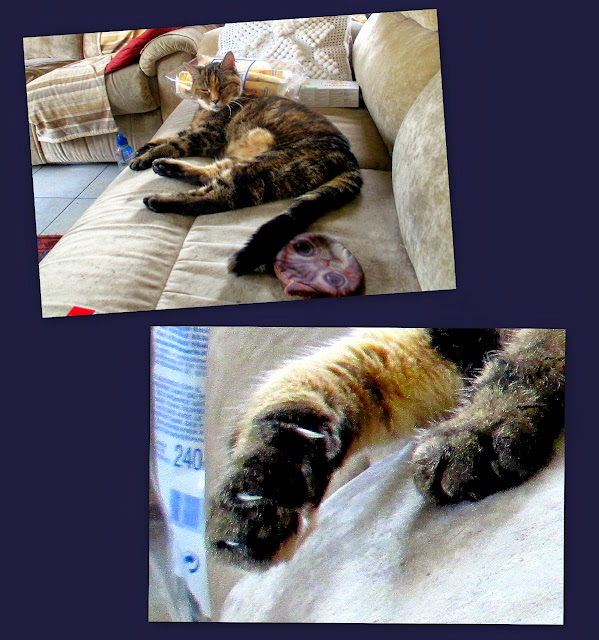 Her nails had grown so much so that she got stuck on all fabrics. I tried to cut her the nails myself, but she struggled too much. I took her to the groomer and it was done in no time, I even didn't have to pay for it ! Pookie behaves very well in the carrier and also in the car, she gave far less concerts in the car than she does in the morning in the kitchen ! 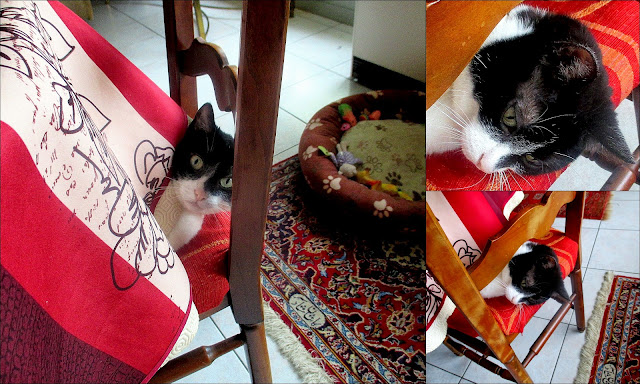 Rosie didn't go anywhere, she has a new hobby, she hides under the table and each time somebody goes by a little paw appears and she strikes out ! Little devil !
Posted by Gattina at 6:30 AM

Quite an eventful few days! I wonder why Kim puts up such a struggle to get to the groomers, when once she gets there, she's happy!

Mum wants to know how you get your cats to be so placid being groomed - if it was us we'd be climbing the walls to avoid being put in a carrier.
Luv Hannah and Lucy xx xx

Congrats on taking the furrrballs to the groomers in hairball season! It was nice of you to take Pookie to the groomers despite his initial protests! Carol, Peaches & Paprika

Arthur, good job snoopervising Toby with his breakfast. Did you get some too?

Your grandson is adorable, it looks like Arthur had a lot more fun than poor Kim.

All photos are beautiful!!!

Grooming time is always fun at my house. Especially with the 17 year old!

You have all been very busy with little visitors and trips to the groomer. It looks like Arthur and Toby get along very well.

Did Toby at least allow you to lick the spoon and have a taste of Coco Pops Arthur??

Wow, Toby has gotten so big! It's sweet that he and Arthur are still such fine friends. :)

Kim probably feels so much better after her trip to the groomer. And Pookie, too, now that she is not getting her claws stuck on things.