The week was routine, but the weekend was exhausting, at least for Arthur, because the others had disappeared and were invisible. The reason : Grandson Toby and Dad squatted the house ! 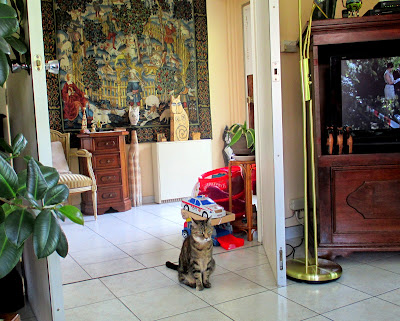 Pookie smelt that there was something special and suspicious in the air, the carpets had disappeared and toys were standing around ! She didn't like this at all.

And then they arrived. 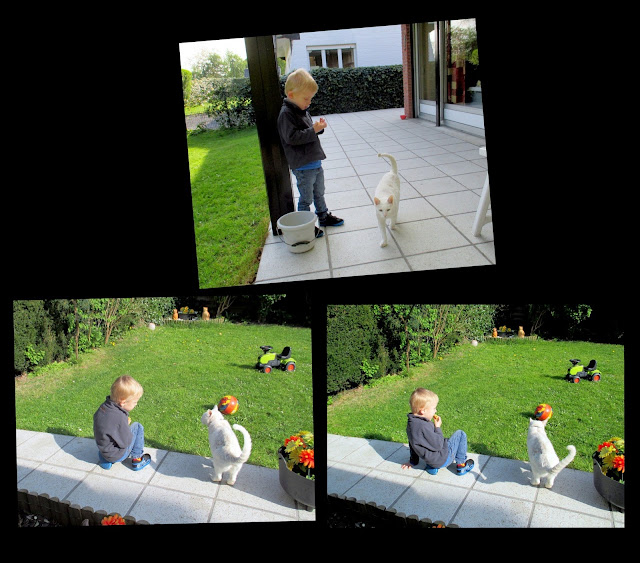 Arthur was delighted, they immediately had a little small talk on the terrace. 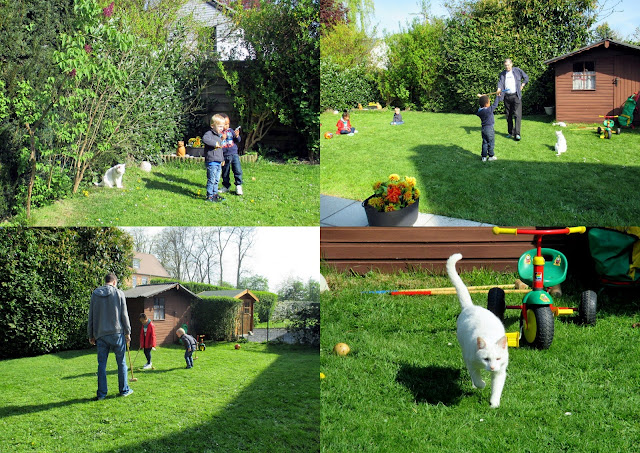 Even when two other little once arrived, he was happy ! He played crocket and ran after the wooden balls. Arthur behaved like a kitten again. He even bunny kicked the football (soccer) when it arrived accidentally on his belly ! 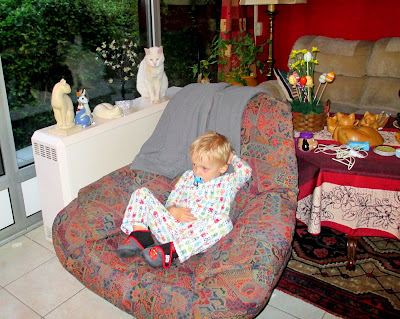 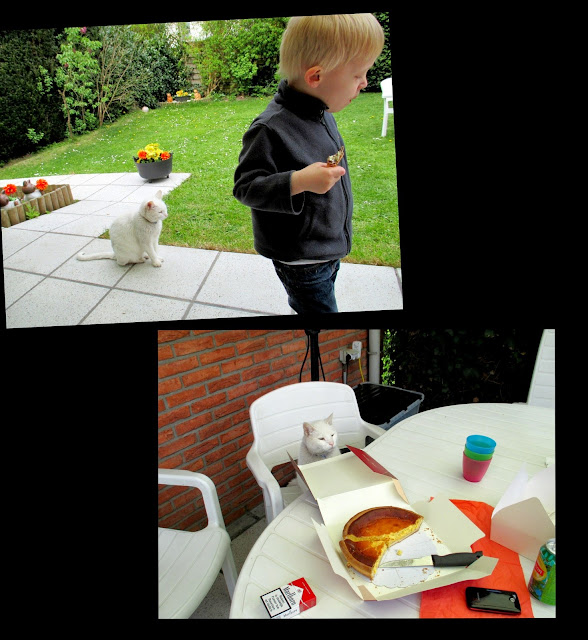 Of course love also goes through the stomach and he hoped for some treats !

The next day Pookie noticed strange stuff on the terrace, it was a whole photo equipment. Before somebody arrived she quickly went inside. 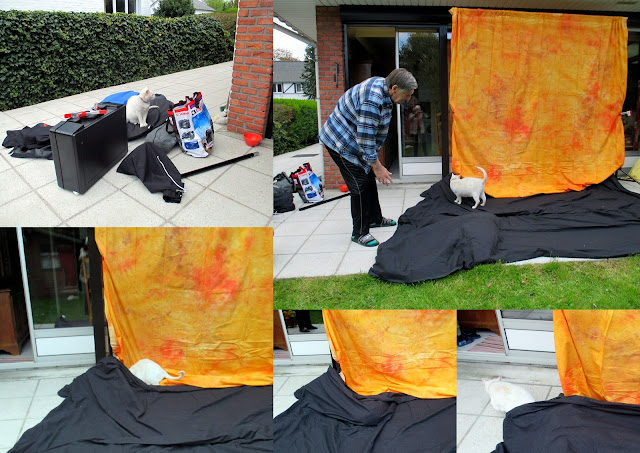 My son wanted to take an "official" picture of his parents and therefore put up a background. Arthur had to help and hid under the drape 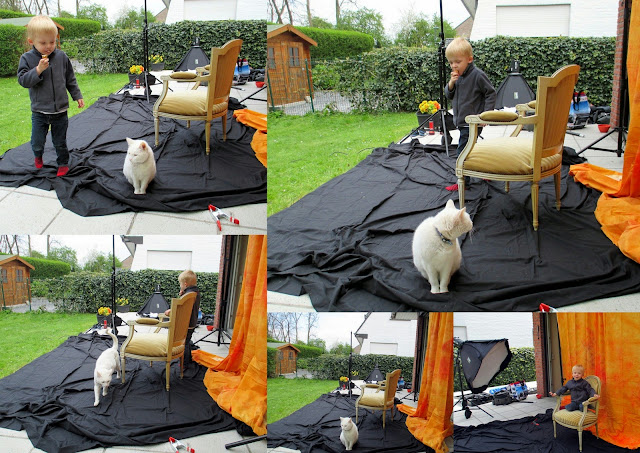 He also considered to jump on the seat to pose, but Toby tried it out too. 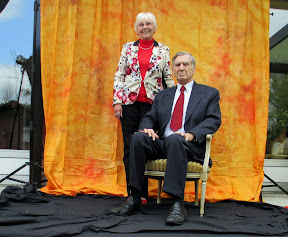 all this preparation for this result (taken with my camera)

When they finally left in the afternoon, Arthur was exhausted and had a restful nap ! The others arrived from all directions, happy that they were gone !

Arthur looked as if he had a great time! Love that pic of him looking at the cake :-)

I'm not surprised you are exhausted Arthur, you had such a busy weekend entertaining Toby.
Love the "official" photo of Toby's grandparents.

Arthur is quite the social butterfly!

You certainly had a very busy weekend. And we can see that Arthur thoroughly enjoyed the company of little Toby. :)

Arthur looked as though he was enjoying himself with Toby.
Luv Hannah and Lucy xx xx

What a wonderful thing to take an official portrait of Toby's Grandparents. :)

And we always, always love to see how well Arthur and Toby get along. They are like best pals.