One day during this week I thought I would suffer from visions ! Wherever I went, I saw Arthur ! As usual in the mornings I do some household scores. 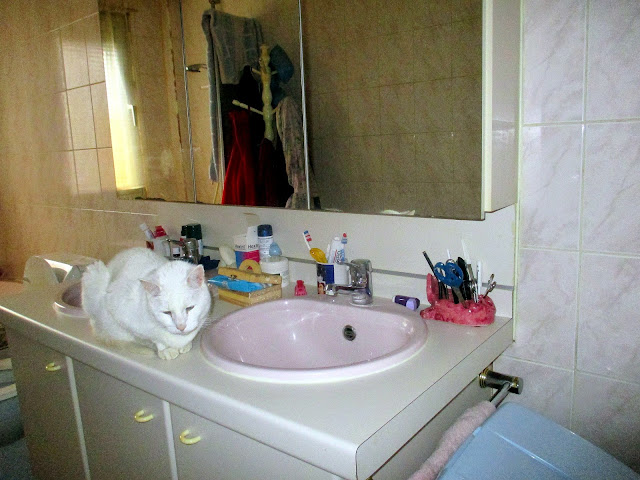 When I went to the bathroom I saw Arthur sitting there ! I was a little surprised because it is a very long time that I have seen him in this place.

I continued my bustle around 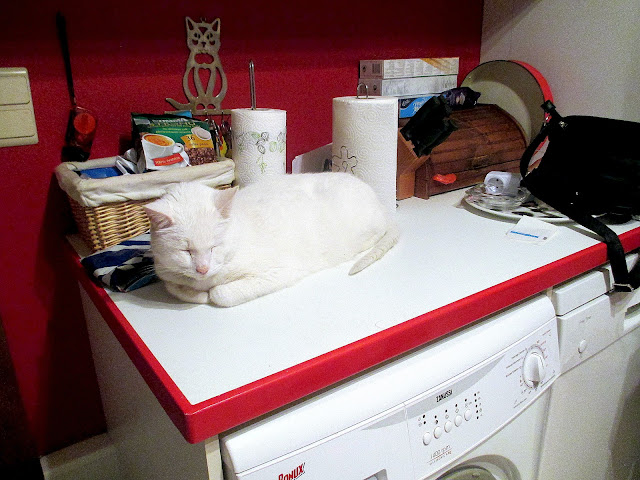 arrived in the kitchen and he sat there !

While I was busy in the kitchen, he had apparently moved 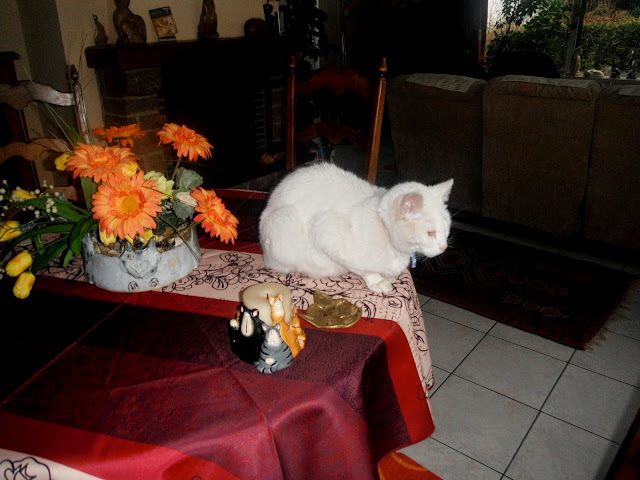 because then, he was sitting on the dining table ! 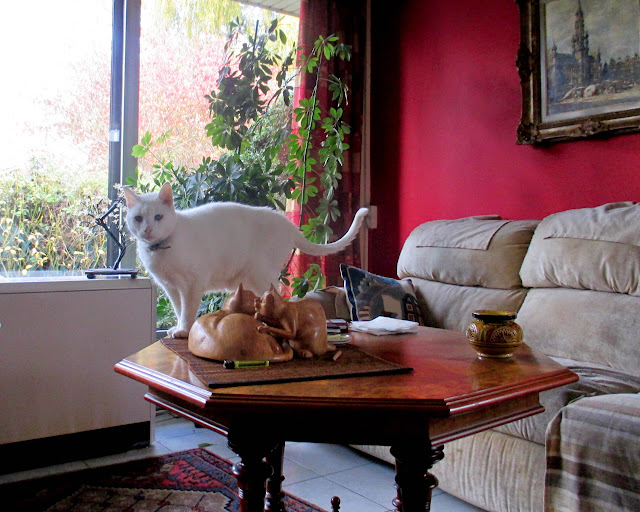 and a little later he stood on the coffee table ! 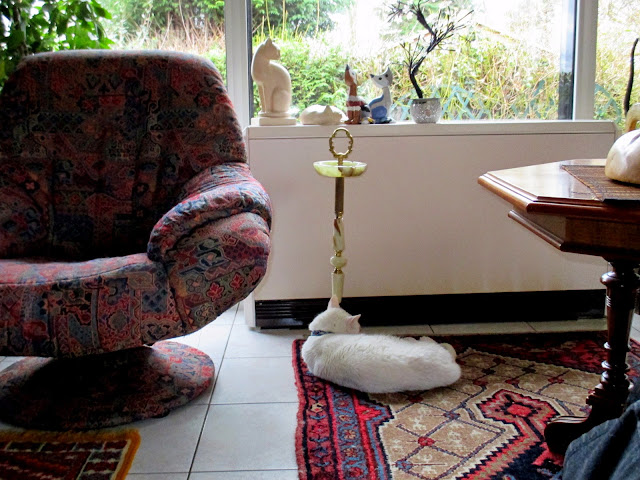 and then suddenly he lay in front of the radiator. I felt dizzy, all this happened in about one hour ! 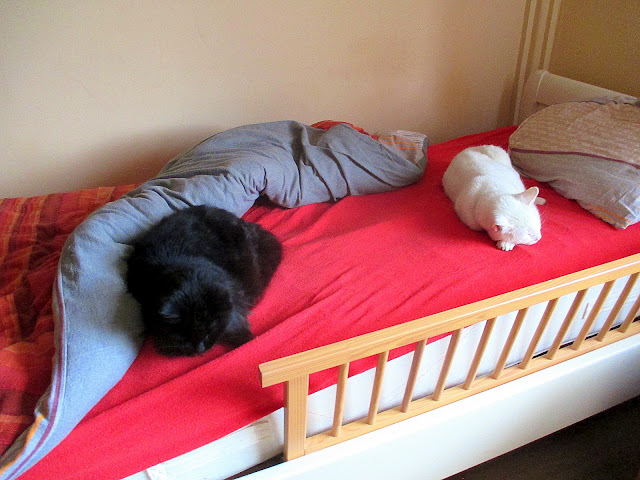 But then he found his final place for a few hours together with Kim on Mr. G's bed ! 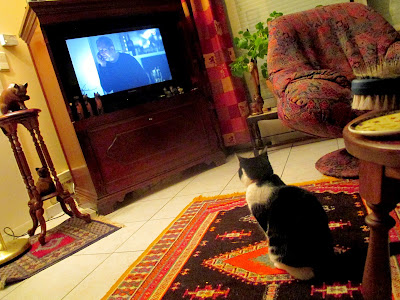 Rosie maybe because of the bad weather, watches TV now ! From the floor 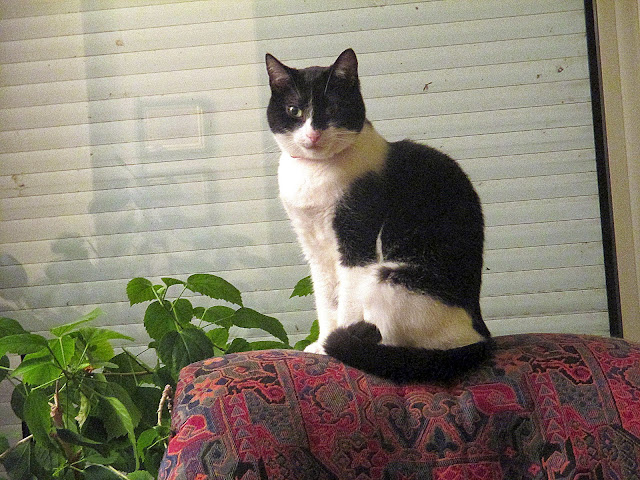 or from the top of the chair. 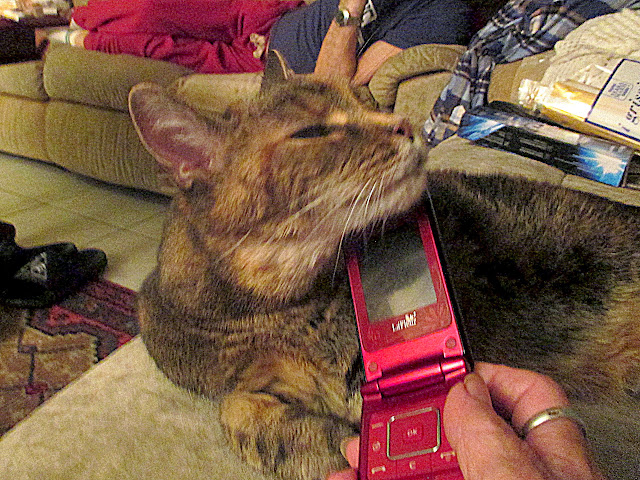 I also noticed that Pookie loves my mobile for little scratches under her chin, of course only when I have finished my conversations !
Posted by Gattina at 6:00 AM

Are you sure Arthur wasn't cloning himself?

That's a kind of bizarre ( Arthur )
For me, if I do that to mom, it means ....barfing is coming ! I hope he didn't have same episode as me.
Paw crossed

Loved this. I miss Ella. xx

We hope Arthur settled down and got a nap or two after his period of insomnia! Hope Rosie found the best morning TV shows while Pookie got her scritches.
Luv Hannah and Lucy xx xx

Did you get one of those 3D copiers Arthur? That is too funny, all cute photos.

Arthur was really getting around today. I wonder if Pookie likes your phone because it has your scent on it.

Are you sure there isn't more than one Arthur? LOL!

We thought it was cute and funny that Pookie likes to scratch her chin on your phone!

I think Arthur wanted to leave you plenty of his lovely white furs to clean as you went about your house cleaning. Glad he settled in the end.